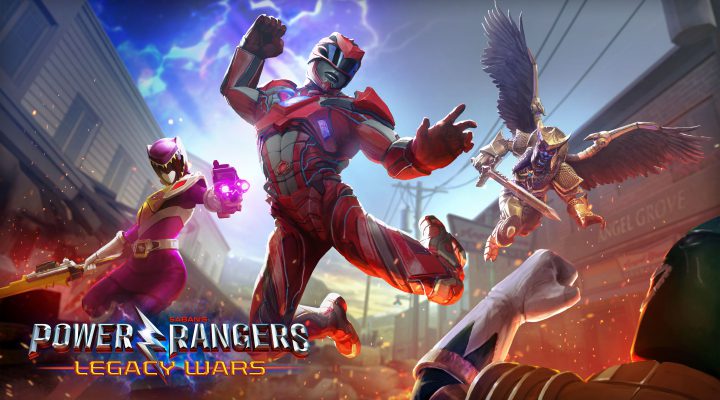 If for some reason you’re not a fan of the Power Rangers franchise, this is going to be a rough year for you. Not only is the latest Power Rangers live-action movie set to release near the end of this month, Lionsgate, nWay and Saban Brands used GDC to reveal that Power Rangers: Legacy Wars is coming to mobile at almost exactly the same time.

Described as a “real-time multiplayer fighting game,” Legacy Wars will mine the 20-plus seasons of television for its heroes and villains, challenging players to assemble the best possible team to duke it out against opponents doing the same. It’s also the first video game to feature the new movie versions of the Power Rangers, which makes sense as its March 23 release date on iOS and Android is the day before the film hits theaters.

(Or the same day, if you’re one of those people who needs to go see new genre flicks on the first Thursday night.)

What’s most interesting about Power Rangers: Legacy Wars is that while it is very much a fighting game, it’s not a button-masher (perhaps screen-masher would be apt since this is mobile) a la Kabam’s Marvel Contest of Champions. Speaking with knowledge gleaned from the Canadian soft launch, it’s actually a hybrid of simple fighting game mechanics — like swiping to change the range to your opponent or sidestep attacks — and strategy games.

Your character has an energy meter that builds up during the fight, along with a selection of moves that can be activated with a tap once you have sufficient energy. Each player also has two Assist characters who can be summoned to do extra damage or other effects. It’s an intriguing gameplay mix, especially when you consider that it’s set up for real-time PvP bouts.

Of course, the real draw is the option of assembling characters from throughout 20-plus years of Power Rangers, and to bear that out, the companies involved released a video of Ludi Lin from the new movie throwing down with O.G. Green Ranger Jason David Frank.

Want to know more (said in best Starship Troopers voice)? You can go go to the game’s official site to pre-register, but the wait for the game’s release is not long since it is slated to arrive in just a few weeks.

Learn About the Survivor System in The Walking Dead: March to War