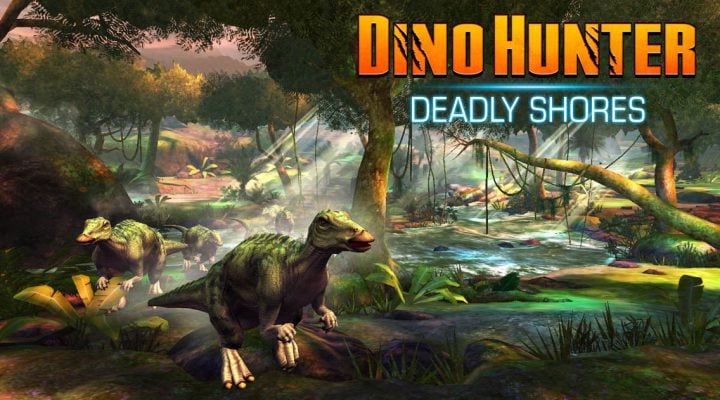 The Deer Hunter games have been quite successful for Glu Mobile. Deer Hunter 2014 has new content that’s still in the pipeline, including new animals and new regions. At some point though, you end up maxing out your possible audience for pursuing critters you’d actually see in real life. There are some people who just can’t get into a realistic hunting game, and even though deer have made numerous attempts on my life over the years by running out in front of my car, I’d count myself in that group.

Glu is solving that problem by thinking big — as in the biggest game possible: dinosaurs. Dino Hunter: Deadly Shores allows players to target all kinds of dinosaurs in an effort to stay in one piece on an island where the supersized reptiles still exist. John Hammond, eat your heart out! 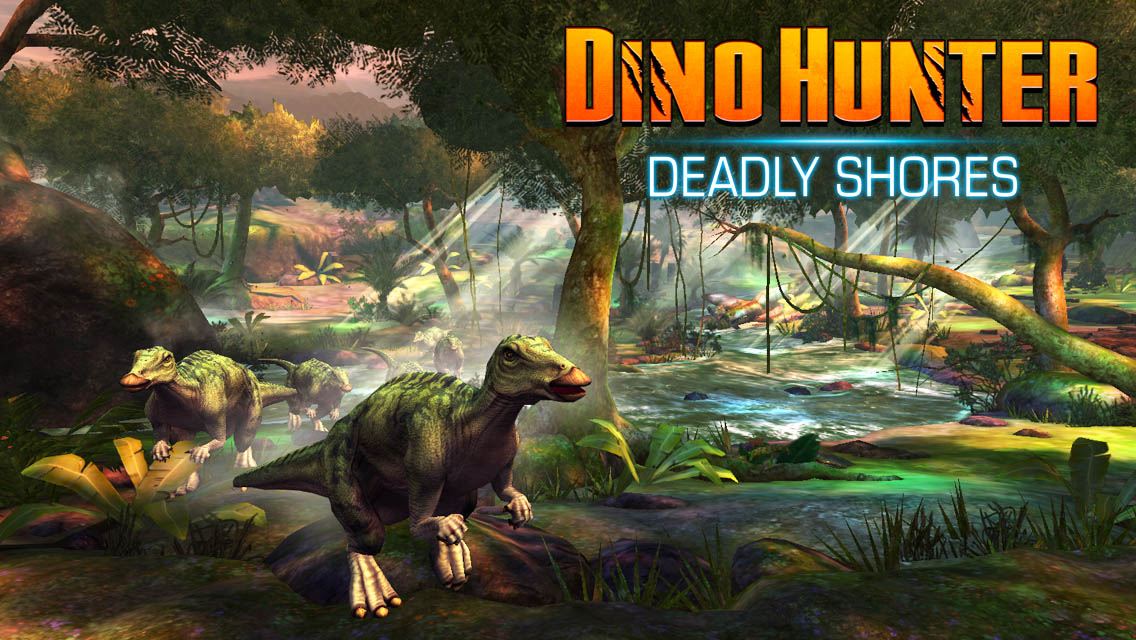 Both the setting and the weaponry at your disposal should convince you that Dino Hunter is taking itself slightly less seriously than the Deer Hunter series, though some brief hands-on time with an early build at E3 was enough to convince me that the gameplay experience is still serious enough. After Glu’s Claudia Oropeza demonstrated the basics to me by bagging a Stegosaurus (with me yelling, “Aim for his tiny brain!”), I failed to take out a group of plant-eaters in the allotted time. Not only did they take off, I ended up getting eaten by what I believe was an Allosaurus.

The finished game will have numerous upgradeable weapons and multiple regions in which to track down all kinds of dinosaurs. Just a word of advice though: I don’t think that tree stand you usually use for hunting is going to cut it on this particular island.

Dino Hunter: Deadly Shores is aiming for a Q3 2014 release for both iOS and Android devices.

Strategy and Peasants Collide in Threes! Designer’s Next Game