Get Over Here! Mortal Kombat X Coming to Mobile 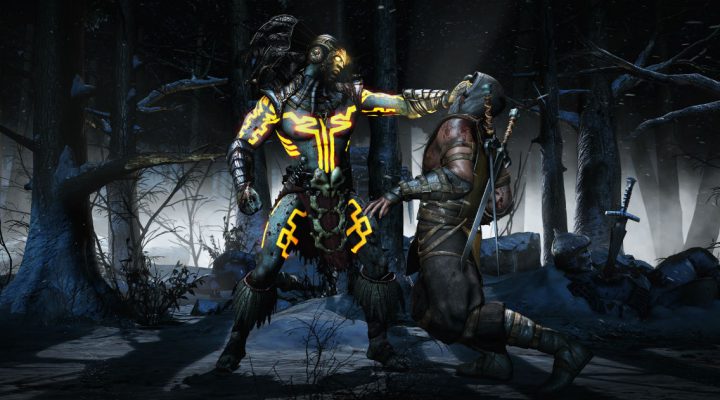 This April, a rank whiff of death will mix with the scent of new life bursting from the ground. Mortal Kombat X is coming to consoles and PC – and now we have confirmation a version is bound for mobile platforms as well. Mor-tal Kom-baaaaat!

According to a press release distributed by NetherRealm Studios earlier today, the free-to-play mobile version of Mortal Kombat X combines card battling and fighting, probably not unlike NetherRealm’s recent WWE Immortals, or their mobile version of Injustice: Gods Among Us.

And since Mortal Kombat wouldn’t be Mortal Kombat without the blood and over-the-top violence (It’s a scientifically-proven fact; when Nintendo tried to sanitize the SNES port of the first Mortal Kombat game in 1992, it left a real ache in the company’s pocket book), we can expect plenty of brutality in Mortal Kombat X mobile. Shredding chains, spattering blood, bone-shattering punches detailed lovingly with the aid of slow-motion X-rays – it’s all here, if the trailer is any indication.

There’s no set release date for Mortal Kombat X on mobile. The console and PC versions drop on April 14, so we can probably expect to see the mobile version around the same time. According to NetherRealm, playing the console / PC version of Mortal Kombat X allows you to unlock content in the mobile game, and vice-versa.

See you on the battlefield. Mind the splintered bones.

Sonic Runners Is Pretty Much Exactly What You’re Hoping