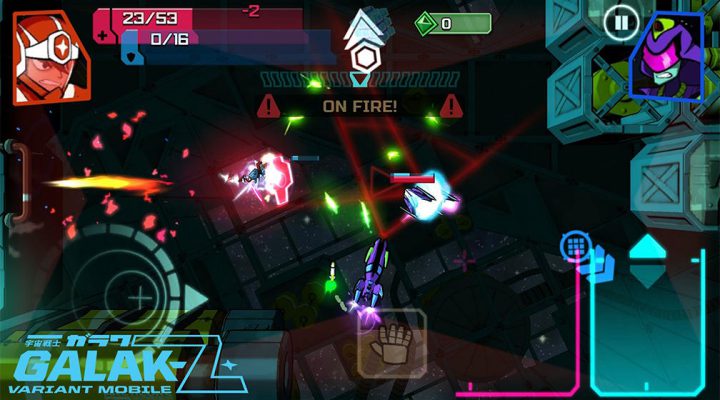 Developer 17-BIT wowed us back in 2013 with the phenomenal strategy game Skulls of the Shogun, which combined thoughtful turn-based gameplay with the hilariously ludicrous story of a dead Samurai General attempting to cut his way through the endless line to the afterlife. Although they’ve been quiet on the mobile front since Skulls of the Shogun, their second release, GALAK-Z: The Dimensional, was a hit on PC and PS4 at launch in 2015 and through subsequent content updates that ended with The Void last year. Now 17-BIT is returning to iOS and Android and bringing their new IP with them in GALAK-Z: Variant Mobile. 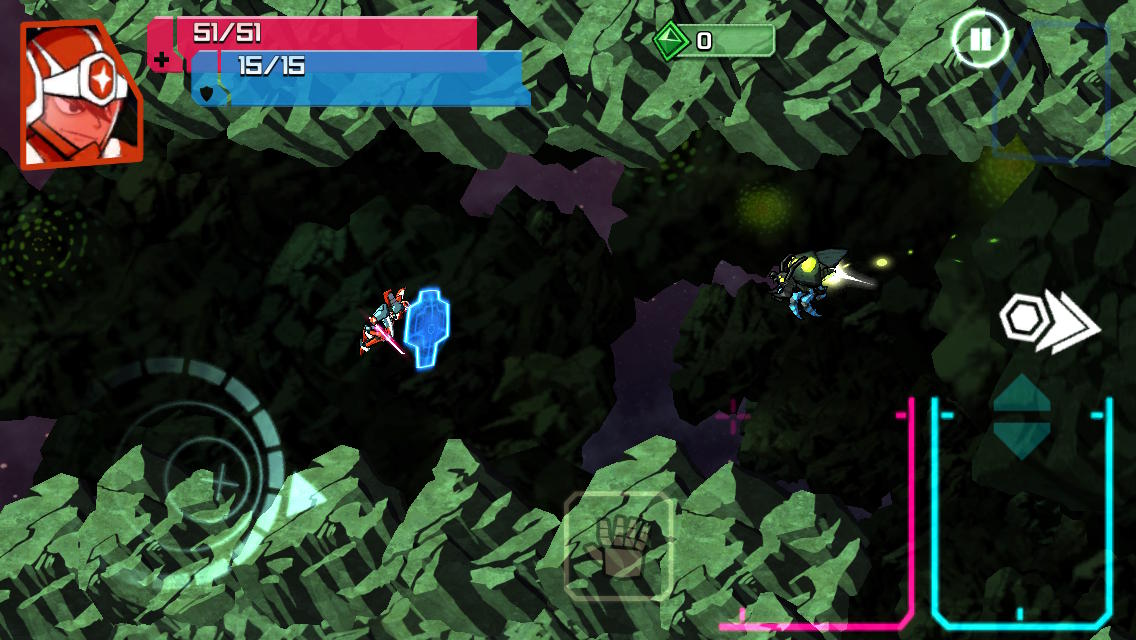 GALAK-Z is an anime-inspired arcade shooter that puts players in the role of mobile suit pilot A-Tak as he takes on bugs, pirates, Imperial soldiers, and more in the gravity-free battlegrounds of space. You’ll float mid-air when not moving and use thrusters to fly in any direction, with momentum carrying you away from or into nearby dangers. A-Tak’s primary mecha uses a sword and shield to dispatch enemies, requiring him to boost in close for melee attacks, while his alternate form is a long-range ship that can fire lasers and roll to evade incoming projectiles.

Levels are fairly short with some optional paths and exploration, although your HUD always points toward the primary objective to ensure you won’t get lost and only one of A-Tak’s ships is used at a time to prevent having to constantly transition back and forth. There are tons of upgrades and equipment add-ons to collect or create that allow you to customize your mech’s loadout as you escape the Void and take on the Baron’s evil army. 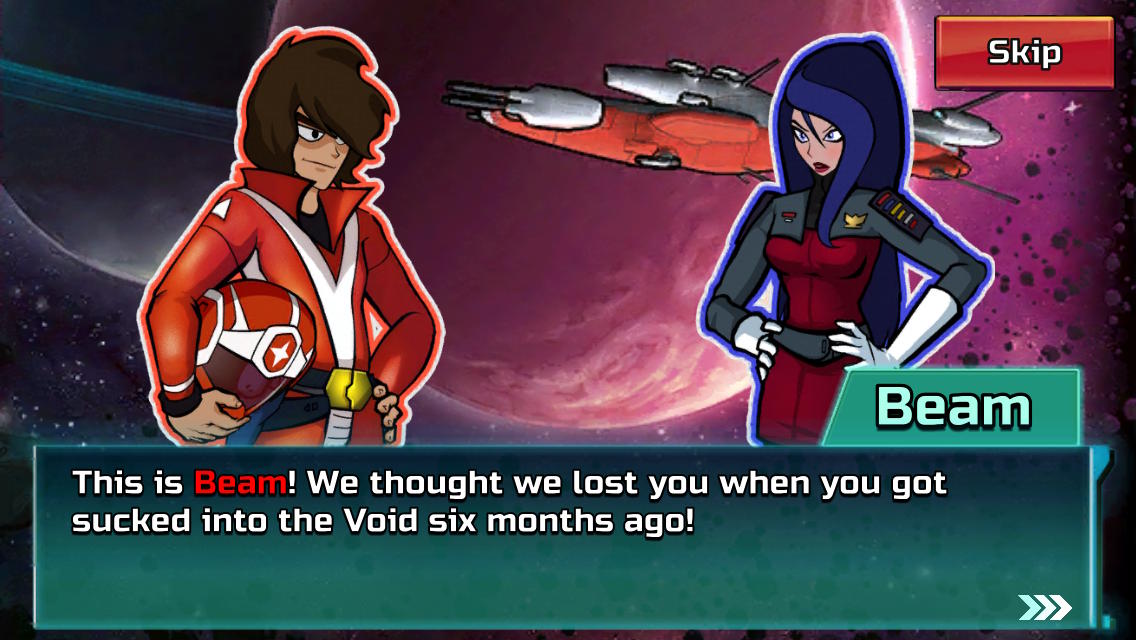 GALAK-Z: Variant Mobile is not a direct port of the PC entry, but a “continuation of the GALAK-Z story and a brand new opportunity for the team at 17-BIT to see where ace pilot A-Tak goes next.” Variant Mobile has just soft-launched in The Philippines, with a worldwide release date currently unannounced. The game is free-to-play with optional in-app purchases for salvage—the currency which lets you repair your ship’s health if it’s damaged—and consumable equipment.

Middle-Earth: Shadow of War is Getting a Mobile Game