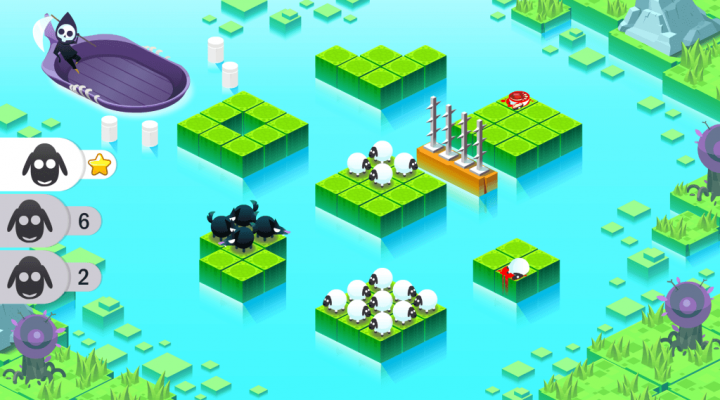 You know that scene in Die Hard 3 (pretty underrated movie in my opinion), where John McClane and Zeus have a three gallon jug and a five gallon jug, and must figure out a way to measure out exactly four gallons of water to stop the bomb? Divide By Sheep is kinda like that.

This is a new puzzle game from Bread Team, published by tinyBuild Games, that’s coming soon to Android and iOS, and we’ve been tinkering with the titular ruminent mammals ahead of its currently unknown launch date. 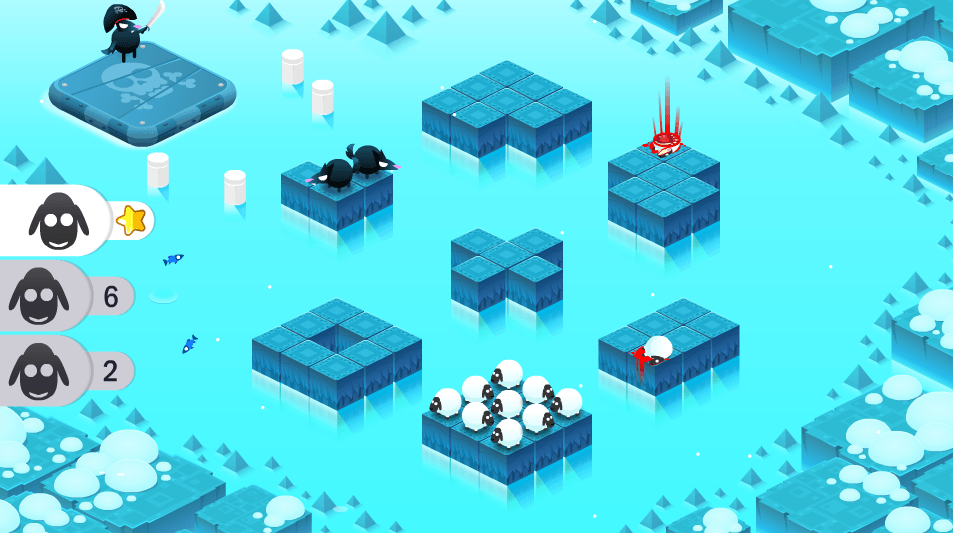 In many ways it’s a game about maths, but don’t worry; it’s not particularly educational. The puzzles require you to jump a prerequisite number of sheep from their grid-based islande into a life raft. The challenge comes from organizing your sheep so there’s exactly the right number of them on the island next to the raft, as every animal on an island is catapulted to the next one when you set them off jumping.

So this could mean jumping a collective of five sheep onto an island with only three squares, leaving two of them to plunge into the water. With the number now reduced to three, you can bounce them back and into the raft, which can only carry that number of sheep. You can add sheep together, such as bouncing two onto an island with three others to put five into a raft, but once they’re together, they stay together. 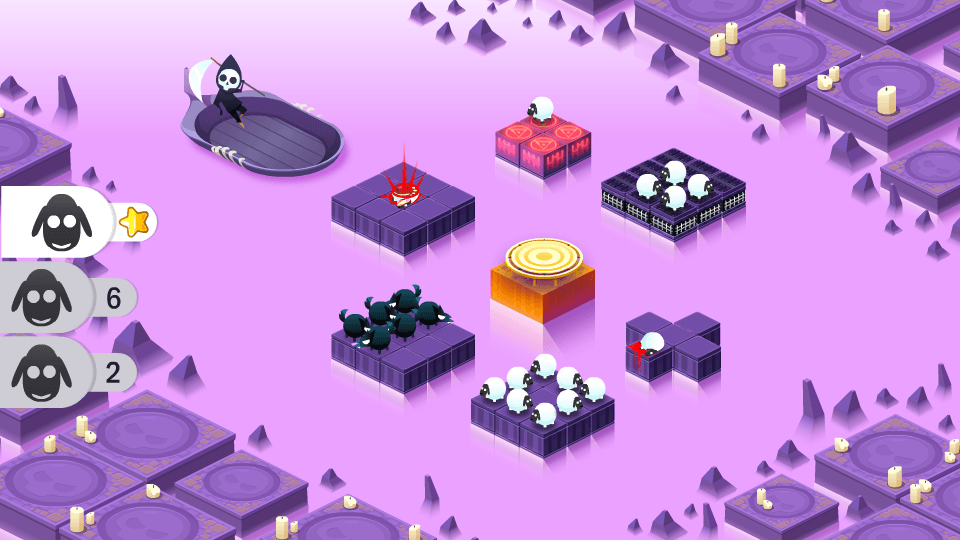 There are a variety of different worlds to work through, and obstacles are added to the mix along with exploding islands, rats, and even a sheep version of hell where to objective is spun on its head and requires you to kill your woolley friends instead. But it’s all in very good humor, including moments where the split sheep are hilariously put back together using duct tape.

It’s easy to see how Divide By Sheep is likely to go viral, and become one of those massively entertaining (to the point of infuriation) games that your thumbs yearn for while you should be doing something more productive. We’ll keep you posted on its release date, and bring you more about the game as it comes closer.