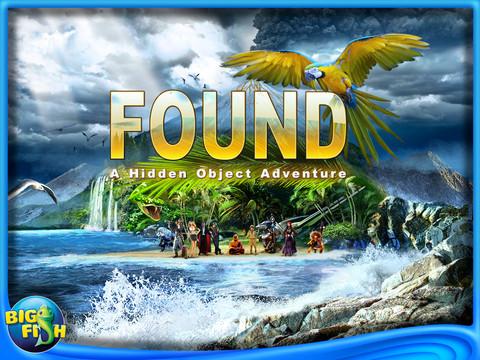 Found is a HOG that’s full of mystery, secrets, and bad people that want to get all up in your island paradise

For the sake of fun, let’s say you’re on a plane that crashes into a deserted island. You survive, but the plane crash alone guarantees that Found: A Hidden Object Adventure won’t be a nice normal adventure about eating fish while waiting for a ship to find you. No, Found is all about aliens, pirates, and even gremlins (“Hey! Didn’t I see you little buggers on the wing of the plane about five minutes before we all went down?”)

Found is a freemium hidden object game for iPad that mixes Big Fish’s beautifully-drawn hidden object scenes with adventure and a bit of building. As soon as you crash on the island, you need to see about rigging up some shelter before your sanity lapses and you pull a one-person Lord of the Flies routine. Over time, your meager lean-to can blossom into a tropical island paradise. Maybe you’ll even gain a monkey butler or two.

But Found takes place on a Creepy Weird Island™, which means that it’s already inhabited by people—and creatures—that don’t want to share. As you play, you need to deal with pirates, aliens, and those gremlin jerks. The island is also home to some ruins that you need to explore, though as you can probably guess, you’re not the only inhabitant that’s interested in the contents of that ancient temple. 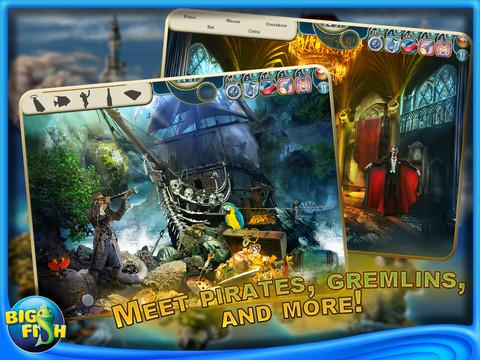 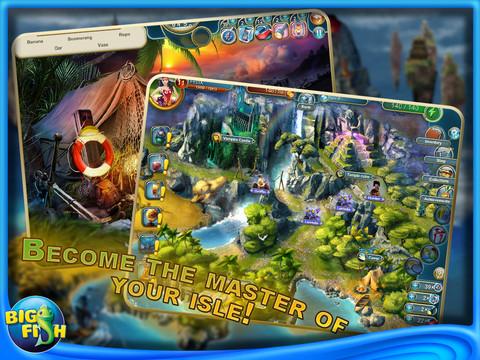 Found: A Hidden Object Adventure is coming to the App Store soon. If you find yourself on a similar island, don’t mount any pigs’ heads on sticks no matter how insistent the shadowy man behind you happens to be.