Home / Upcoming / Fortnite is coming to Android soon, plus what else is on Epic’s mind for mobile 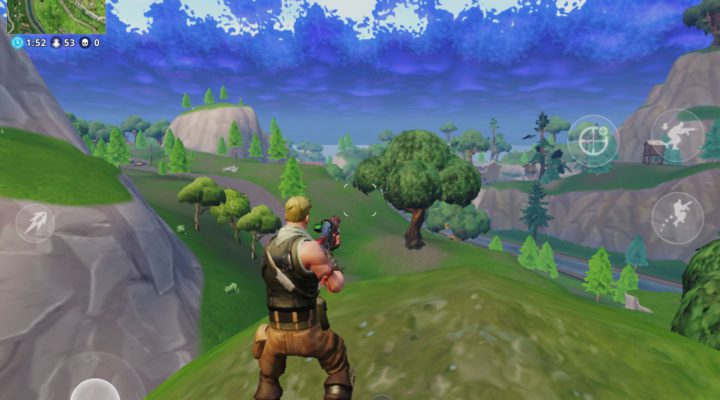 Fortnite is so big that is probably would have caught on even if it was confined to a single gaming platform. Happily, you can play it on just about anything you own that plays games, though since we’re about mobile games here at Gamezebo, we’ve been echoing a thought that many other people have had for months now: When is Fortnite coming to Android?

Epic Games still hasn’t given an exact answer to that question yet, but it did offer the best hint yet as a Fortnite Android release date in its “State of Mobile” blog post today.

We are targeting this summer for the release. We know many of you are excited for this release, and we promise that when we have more information to share, you’ll hear it from us first.

That obviously is a pretty wide window, but the thought here is that with E3 coming up in mid-June, that would be the perfect time to capture some attention when the eyes of the gaming world are on L.A. E3 isn’t traditionally a prime time for mobile releases, but big name studios do occasionally use it as a launchpad. Bethesda gave us the most prominent example back in 2015, not only revealing Fallout Shelter but also announcing it was live immediately, and that game went on to be a smash hit.

Fortnite obviously doesn’t need any help in that regard, but it would make some sense for Epic Games to just casually announce during E3 that, “oh yeah, Fortnite is out on Android now.” It will also be interesting to see if the Android launch is like the iOS rollout was, with codes needed to play the game in the first few days.

Here are the other topics Epic touched on specifically for mobile:

This is kind of a biggie because there’s no built-in way to chat in-game like there is when playing Fortnite on other platforms. There are simple enough workarounds, including just getting your squad-mates together on a Discord server, but it would be easier still if the game simply supported voice chat on its own.

Epic Games says it’s not only working on that but hints that voice chat will eventually be cross-platform, which will be a super welcome addition. The devs also envision it being easy to mute yourself, your entire squad or open mics back up with a single tap.

If you’ve played Fortnite on mobile for even a match or two, you’ve undoubtedly come away not so enthused about the firing options. Tapping on the screen isn’t the best solution — we’ve all fired when we didn’t want to because of it — and there are other ways the control system is imprecise, like when it’s difficult to pick up an item and you end up swinging your pickax instead.

The developers are aware of this too, noting that they are working on “improving Autorun and adding better ways to fire.” Once the control system gets more choices, you’ll be able to test them out and decide which one you like best in the settings menu.

One of this writer’s children comments often on how the Fortnite graphics “stink on tablets.” That’s true compared to console or PC, but some mobile devices are capable of providing something that looks nicer, and Epic Games is cognizant of this fact. On the other end of the spectrum, the studio wants to add a battery saver mode if you voluntarily decide on a lower graphics quality, which will be nice when gaming on the go.

Finally, the sheer size of Fortnite can be an issue as well, but future builds should shrink as the dev team gets better at optimizing code for mobile.

Can’t get enough of Fortnite on iOS or just psyched for its Android release? Make sure you stay up to speed with the number one battle royale game by checking out our guides, including our skins list and tips on how to find and use vending machines.