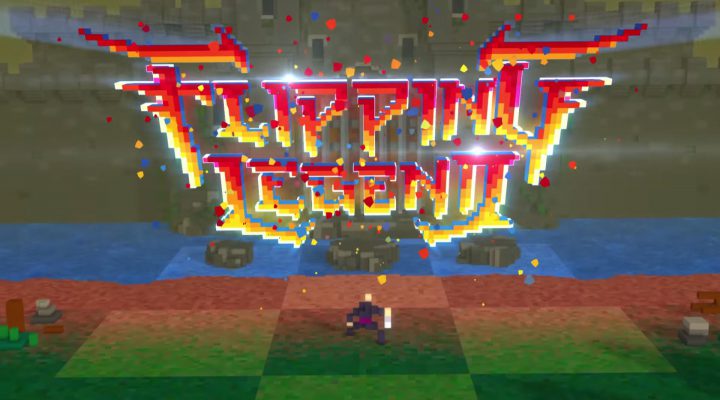 Soon-to-be-released Flipping Legend, by Noodlecake and Hiding Spot Games’ Matt Meyer (creator of Ephemerid) looks like a fast-paced, acrobatic take on the endless runner. It pits players—wielding a variety of characters including a wizard, ninja, and sumo wrestler—against a checkered field of dangers that must be cartwheeled and somersaulted over or into. While the primary gameplay involves simply jumping your way around obstacles, an ever-draining health bar and wide variety of special skills add extra challenges and opportunities to your already frenzied flipping.

To keep your health topped off you have to tackle enemies, forcing you to continue moving forward at a quick clip. However, everything from lava and spike pits to rogues and zombies are stationed around your three-lane path, requiring precision flipping forward or diagonally. Each character type has their own upgradable skill tree that unlocks unique talents, like the Ninja’s ability to throw out shurikens when backflipping or the Wizard’s distant multi-fireball attack. Useful items, like damage-blocking shields, are also found floating around the level, offering mid-run boosts if collected. And of course, each character type will have plenty of skins and costumes to unlock, with the Ninja alone having variations ranging from Spider-Man to Scorpion.

Between all the different characters, enemies, skills, and environments, Flipping Legend should have plenty to keep players occupied. Flipping rhythmically to the catchy music creates a sort of hypnotic hopping mayhem as you get in the zone, always trying to stay one step ahead of your health bar. It reminds us slightly of recent manic slash ‘em up Ever Knight, except with fewer enemies on-screen at once and a tiny bit more time to make decisions. Like Ever Knight, Flipping Legend looks like it will provide fast-paced bursts of runner battles with an expansive upgrade system between rounds.

Flipping Legend is currently in open beta on Android, although the tester slots are now full. It will officially launch on Android and iOS on June 14th.