While purists may scoff at the idea of MOBAs played primarily on mobile devices, games like Vainglory have proven that the same kind of multiplayer action PC gamers enjoy can work on smaller screens. That’s prompted a number of companies both big and small to jump into the genre, and Square Enix is following suit with Flame x Blaze.

Officially revealed to the world earlier this month at Tokyo Game Show, Flame x Blaze will feature 3v3 matches — which have become the default size for mobile MOBA showdowns — that puts players in the roles of Agents from either the Crimson or Blue Flame nations. Gameplay will focus on defeating the opposing team’s guardian by either defeating monsters to rally them to your side or taking direct action against enemy Agents. The guardians for both sides rise after a certain amount of time and join the fray as well. 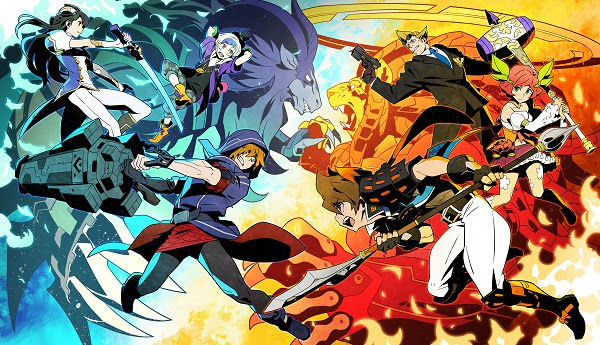 Square Enix is promising a “myriad of customizable equipment and unique character skills” that it says will cater to different playstyles. Yet its primary draw might be the recognizable names working on the game, including producer Hironori Okayama, director Yuji Abe (from the Final Fantasy XIII games) and character designer Gen Kobayashi.

Those character designs look pretty sweet as well, and while Flame x Blaze won’t be the first mobile MOBA to sport some anime influence, it is the first one with those leanings coming from a company as prominent as Square Enix.

Expect to see Flame x Blaze have its open beta in Japan before the end of the year, with a North American release to follow shortly after it ends. We’ll be keeping a close eye on this one, because man and woman can’t live on Vainglory alone.

Build and Fight In Atari’s Lunar Battle … in Space!