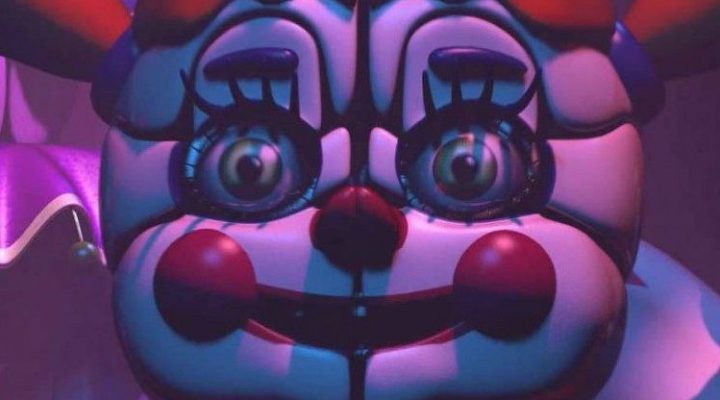 Sure. Why would they? What’s so menacing about a bear, a fox, and a chicken?

So a big person like you shouldn’t have a problem taking a good, long stare at Cawthon’s latest creation: A staring, grinning clown-girl who features in the upcoming Five Nights at Freddy’s game, sub-titled Sister Location.

Indeed, Scott gifted us with the first trailer for Five Nights at Freddy’s: Sister Location over the weekend, and as you might expect with FNAF at this point, it offers more questions than it answers. The video speaks vaguely of some place “deep underground” — possibly a bunker? — and aggression bubbling to the surface along with unpleasant memories. Angry animatronics? In a FNAF game? Since when?

The trailer also shows off an unnamed iteration of Freddy Fazbear (with a Bonnie puppet!), a healthy version of the Fox Destined to Become Mangle, a ballerina, and the aforementioned clown horror show who’s been nicknamed “Baby” by the fans.

Five Nights at Freddy’s: Sister Location is due out this fall, though we all know how Scott is about deadlines (hint: He likes to jump them). The sooner we meet Baby and attempt to shove her out of our memory, the better.