Home / Upcoming / Five Nights at Freddy’s 2 Trailer: The Party’s Not Over Yet 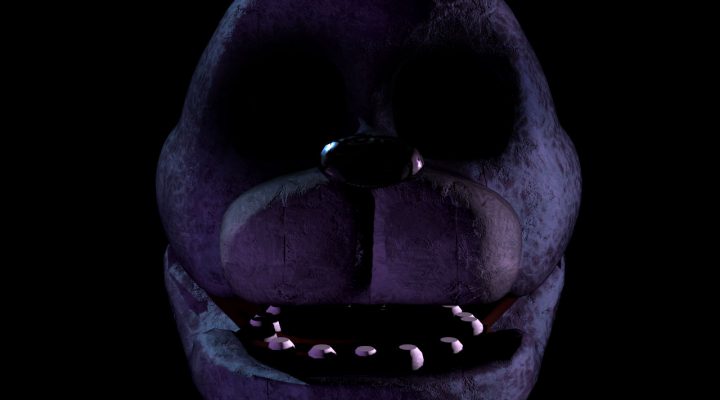 Excellent news! The horrific dream-chewing mascots of Five Nights at Freddy’s are back – and now they know how to travel through air vents.

Yesterday, game developer Scott Cawthon released the first trailer for the upcoming Five Nights at Freddy’s 2. From what we’ve seen so far, the horror game is bound to stick to your nightmares like pizza sticks to the inside of your colon. The game takes place in a “new” Freddy Fazbear’s Pizza venue, but going by the video footage supplied, the place already looks grimy and run-down.

It’s also haunted by new versions of the old mascots – though the old mascots are seemingly hanging around in various states of disrepair. Bonnie Bunny is missing the upper half of his face, but don’t worry. He can see you just fine.

As is the case with the first game, you play through Five Nights at Freddy’s 2 as a security guard that’s locked down in the pizza parlor with the irate animatronics. If they “catch you out of costume,” you’ve had it – but it seems as if slipping on a spare Freddy Fazbear head will fool them into thinking you’re one of their own.

This is good, because the trailer makes it very clear the new security office is lacking doors. There will be no comforting wall of steel between you and Freddy’s friends. But pals don’t put doors between each other, right?

Five Nights at Freddy’s 2 is expected to launch sometime in 2015.