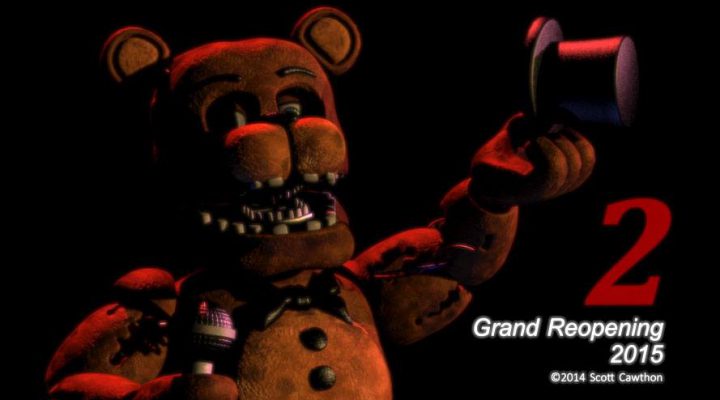 If you’ve been keeping an eye on the App Store lately, you’ve probably seen a rather unsettling bear sitting at the top of the paid charts for the last few weeks. That’s Freddy, and he wants you to be just like him.

As you’ll know if you’ve played the game (or read our Five Nights at Freddy’s review), that’s not a good thing. Freddy is an animatronic entertainer, and his like-minded robot friends are out to terrorize five of your nights. But why stop at five? The game’s developer Scott Cawthon has recently posted up a teaser image at scottgames.com, confirming that not only is a sequel coming, but we can expect it next year: Keep an eye out for Five Nights at Freddy’s 2 release date of 2015.

But what will the sequel be? We have no idea. The Five Nights at Freddy’s 2 wiki suggests that the game “will feature more or different animatronics than the original five,” but without pointing to their source, I’d be hesitant to label that as anything more than rumor.

I suppose a Five Nights at Freddy’s sequel shouldn’t be too surprising – especially for a game that’s held that #1 spot as long as it has. At least you’ll have until sometime next year before the nightmares start again.

Zodiac is a Mobile RPG with a Final Fantasy Pedigree