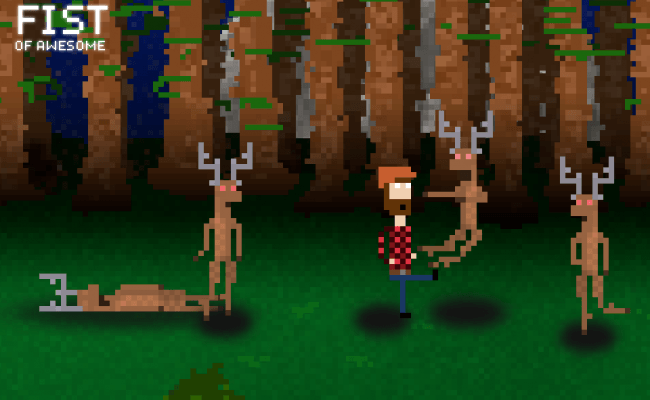 When a title’s ALL IN CAPS, you know it’s going to be good

Most of the time it’s frowned upon to write things IN ALL CAPS. Most people like to interpret that as yelling, and no one really enjoys being yelled at. – especially when someone is yelling about a completely trivial thing that in no way even sort of requires raising your voice. Conversely, some things just don’t feel right unless they’re expressed in a certain manner. If I told you the title of an upcoming iOS retro brawler was Fist of Awesome, you’d probably forget it ten seconds later. But if I instead told you that its name was FIST OF AWESOME, you’re going to remember that forever and immediately start throwing money at your iPhone.

Nicoll Hunt has been working on this game for 17 years. Not literally – it’s really been more like a few months – but Nicoll’s had the idea for a long time now but is finally putting the 1’s and 0’s together to make FIST OF AWESOME a real thing.

Taking a cue from old school side scrolling brawlers like Double Dragon and Streets of Rage, you’ll play as fist-haver Jack Lumber, engaged in an interstellar battle, fighting off remote controlled forest animals. Deer and bears have gone bipedal, developing a greater reason to punch and kick them through different places in time.

So let’s recap: you’ve got a great ALL CAPS TITLE, your character is named Jack Lumber, you beat the crap out of deer and bears, there’s time travel, and a great soundtrack. Seems to me like there’s nothing left to add to FIST OF AWESOME. 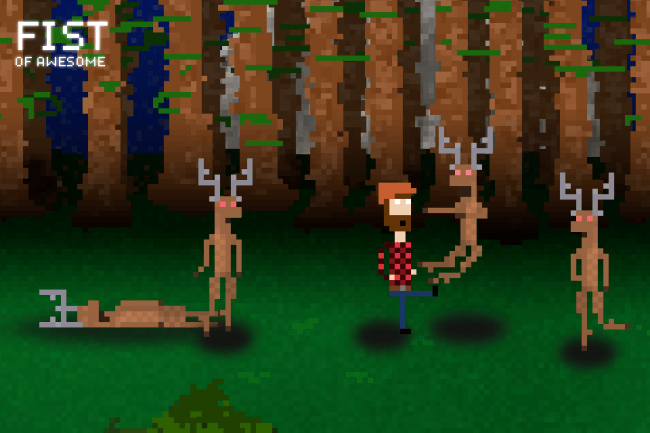 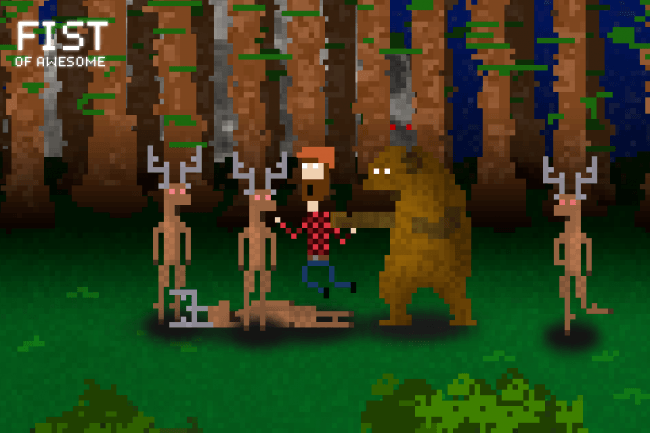 With a tentative release date of “Winter 2012,” Nicoll himself isn’t even totally sure that he’ll be done by then. Here’s to hoping that he can bring this ambitious project to a happy end and we’ll reap the benefits on our iOS devices later this year.