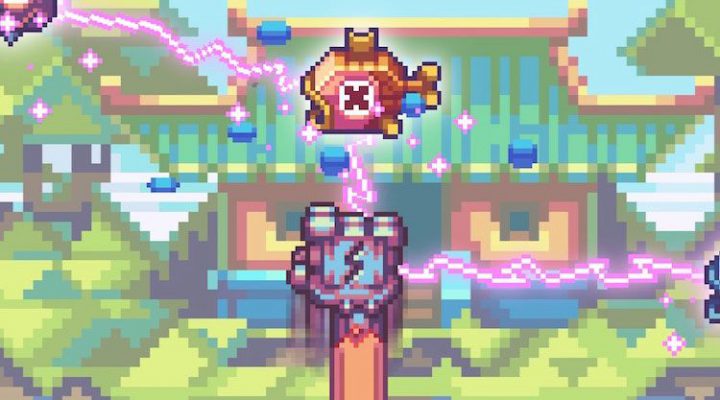 When a developer connects with a publisher, great things can happen. Take Zedarus Entertainment for example. They paired up with FDG Entertainment on Blueprint 3D, and the game received huge critical and commercial success.

The downside of such a hit, though, is that “FDG” sticks out in my head when I think of Blueprint 3D, but it should be “Zedarus.” Hopefully, with the upcoming release of Fish Fist, my brain should have no problem remembering the right name this time around.

A game about punching flying fish out of the sky, Fish Fist seems like it could have just as easily been called Ridiculous Fishing (had that name not already been taken). It’s a fast and frantic arcade game — pretty much the polar opposite of Zedarus’ puzzling past releases like Numerity and Kubiko. But don’t take that as negative — it’s always cool to see a developer stretch their wings a bit, and Fish Fit seems like a game you should give a carp about.

Fish Fist will launch as a free download on the App Store August 11th, with 9 different unlockable fists (each with their own special power) and plenty of fish to punch in the face.