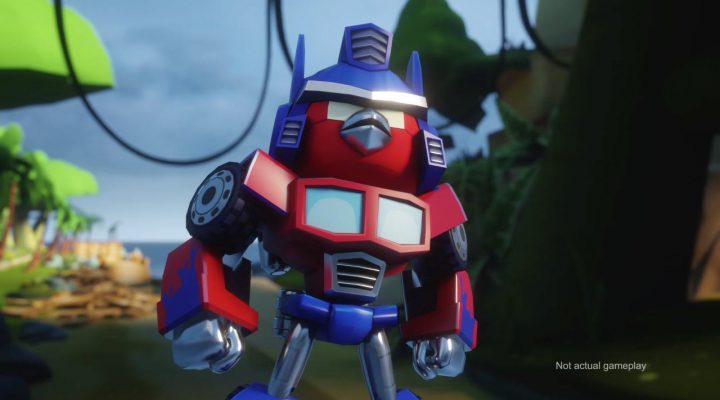 Rovio released its first trailer for Angry Birds Transformers today at Comic-Con in San Diego. There’s no gameplay footage yet, but we do get a look at how the Telepods toys will work in conjunction with the app.

Seems the Autobirds and Deceptipigs will put aside their differences when confronted by a mutual threat, but that doesn’t mean the mecha-hogs are above a little trolling.

Angry Birds Transformers is coming soon to iOS and Android.

Angry Birds Transformers Has the Touch and the Power (Yeah!)