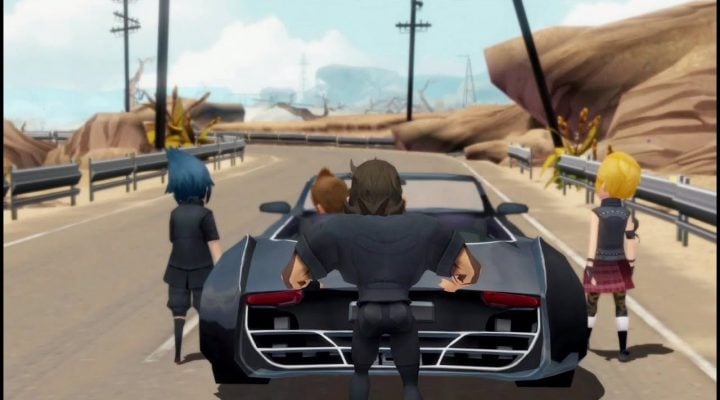 Square Enix has already made one run at bringing Final Fantasy XV to mobile in the form of Final Fantasy XV: A New Empire, and to mangle a famous phrase from The Dark Knight, let’s just say that the build and battle game wasn’t the title we needed or deserved. If there’s a way to make amends, it would probably be to drop a second game on the world that was actually more of a faithful translation of the console game.

It’s almost like the developers read our minds, because that’s exactly what Square Enix announced today among a series of Final Fantasy XV reveals. Final Fantasy XV Pocket Edition will feature “an adorable art style and casual touch controls” as it tells the story of its console cousin in a brand new way. In other words, more like the real thing, only cuter.

Take a look at the trailer and see for yourself:

A “that’s more like it” is surely in order here. What’s still somewhat mysterious about Pocket Edition is exactly how much we’ll have to pony up for the whole thing. Square Enix says it will be an all-new adventure but still tell the same story, just split up over 10 chapters. The first chapter will be free to download, but it sounds like the others will need to be purchased. Previous FF games have been pretty pricey on mobile, so that’s something to keep an eye on as we get closer to launch.

Still, it’s hard to imagine a more welcome development than this if you were put off by A New Empire or its seemingly endless series of ads in other mobile games. There’s also a Final Fantasy XV Windows Edition and a fishing game on the way, so clearly Square Eenix still believes in this part of the franchise. Pocket Edition should make its way to iOS, Android and Windows 10 devices before the end of 2017