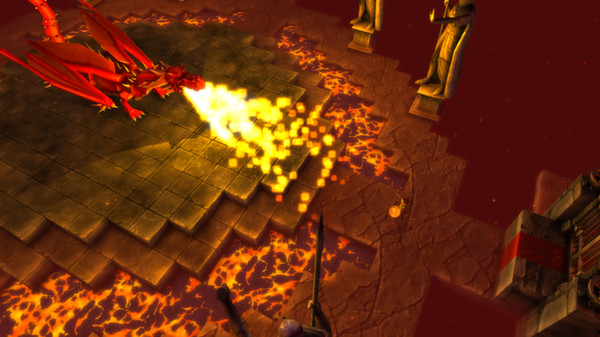 With 450 dungeons in just two weeks, this one’s a keeper

On March 27th, developer 3 Sprockets launched Fight the Dragon on Steam Early Access. The top-down 3D dungeon crawler’s main attraction was its allegedly super simple level editor which allows players to upload and share their creations. While level editors are not an uncommon sight in video games, 3 Sprockets have gone to lengths to ensure that their dungeon editor is seemingly the main feature of the game.  After creating my own dungeon from scratch in a little under two hours, I’m here to report back that making a dungeon is just as fun as playing through everyone else’s.

Turns out I’m not the only player to think so. In just two weeks, over 450 dungeons (nearing 480 at the time of this writing) have been generated by players and are now waiting to be discovered by other adventurous players.

What 3 Sprockets has done with Fight the Dragon is rather brilliant; they have borrowed from multiple genres and crafted a unique and hard-to-put-down game of dungeons and a dragon. The goal of the game is to, as the title implies, fight the dragon…and then kill it. Understandably though, the dragon is very, very hard to kill and so players will need to go on adventures with their hero, gradually leveling up and collecting better gear in typical RPG fashion. However, instead of having to grind the same material over and over, 3 Sprockets takes the levels players create and tosses them into the mix.

Because the game’s replayability relies on player’s desire to create, 3 Sprockets implemented a leaderboard for the dungeon creators. At the end of a successful adventure, players can rate the dungeon based on how much fun they had. The scores are then tallied and players can see how well their dungeons are doing according to the player base. Currently the feedback functionality is limited, but the game is still in Early Access, so I’d imagine that is something that will be expanded upon in the future. 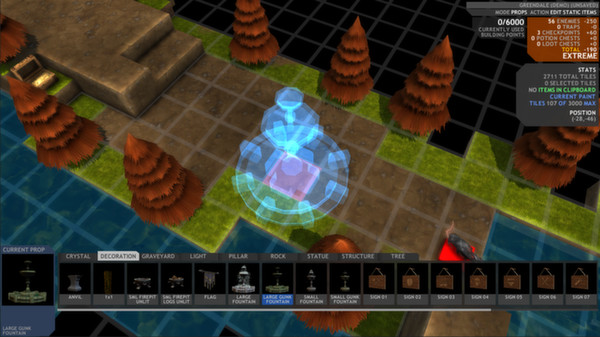 When it comes down to actually editing the dungeons, 3 Sprockets did a great job keeping the user-interface user-friendly and clutter free. In minutes I was plotting terrain, raising up walls, changing the time of day and weather conditions, and plotting out enemy patrol patterns. Time flew by as I developed Toms Quest (the level editor doesn’t allow punctuation in the titles for some reason), an adventure where players have to clear a bunch of minotaurs out of a feast hall of a small fortress.

Fight the Dragon is still in development, but is currently available for $14.99 through Steam Early Access. 3 Sprockets frequently updates the game, with the latest update releasing on April 10th featuring enhancements to combat “exploit maps” (maps that players make that contain way too many loot chests) as well as additional props to use within the level editor.

Dungeon of the Endless Preview