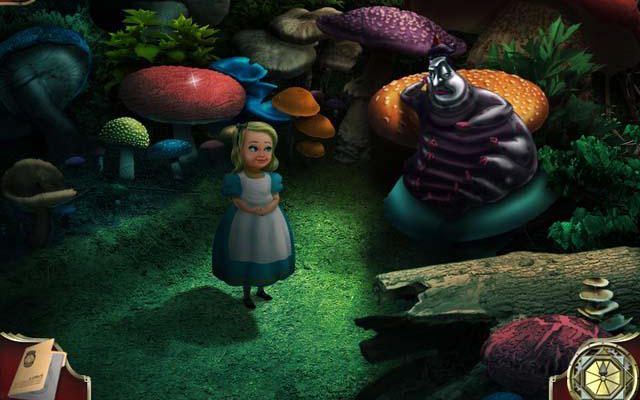 Not everyone has an appreciation for classic literature, but the bad guys in Fugazo’s upcoming hidden object adventure game Fiction Fixers: Adventures in Wonderland take their distaste to the extreme by actually transporting into the pages of famous novels and trying to destroy their very fabric by altering the stories permanently. As a promising member of the Fiction Fixers organization, it’s up to you to put things right. Your first challenge will be to escort Alice safely through Lewis Carroll’s “Alice’s Adventures in Wonderland.” 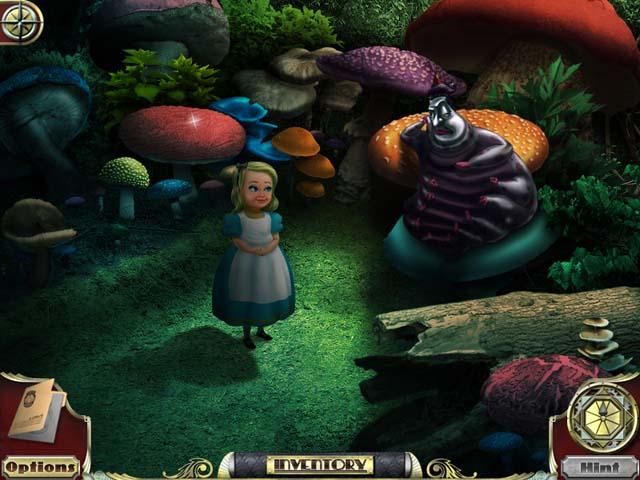 After spending some time with a pre-release version of the game, we can tell you that anyone who’s familiar with Alice’s story will feel right at home. Fugazo’s hand-drawn scenes and animated, voice-acted characters bring Wonderland to life in a light and colorful way that reminded us more of the 1951 Walt Disney animated movie rather than Tim Burton’s recently-released film adaptation, whose style and tone were much darker.

Your job is basically to accompany Alice as she explores Wonderland to make sure the events of the book take place in the way that they were meant to. The shadowy figure who stole the book in the first place, who turns out to be a member of a nefarious organization of “Illiterati,” turns up frequently to try to sabotage key scenes and it’s your job to fix them.

For example, one of the first scenes has Alice floating down the rabbit hole when you realize that the Illiterati has put sharp objects in the bed of leaves below for her to land on! You’ll have to make her landing spot safe again by completing a hidden object search that has you clearing sharp objects like swords, harpoons and hedge trimmers from the scene. 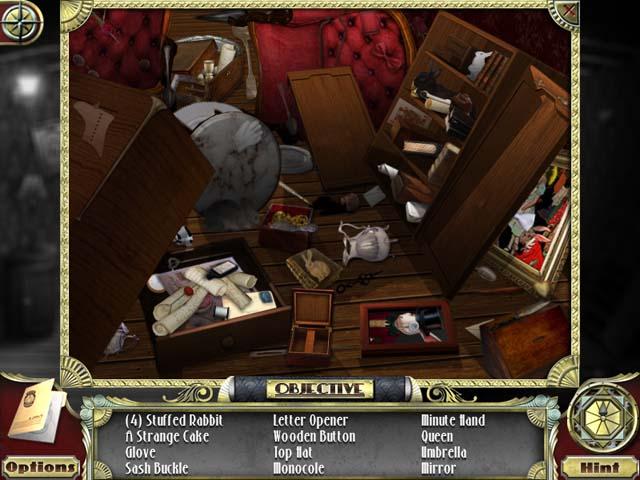 The game will also feature inventory-based challenges and more than a dozen mini-games and puzzles.

Fiction Fixers: Adventures in Wonderland will be launching soon, so be sure to keep an eye on our Just In tab of new releases to learn the instant the game is out.

Max and the Magic Marker Preview