Home / Upcoming / FFFFF2P: Can a Free-to-Play Game Parody its own Business Model? 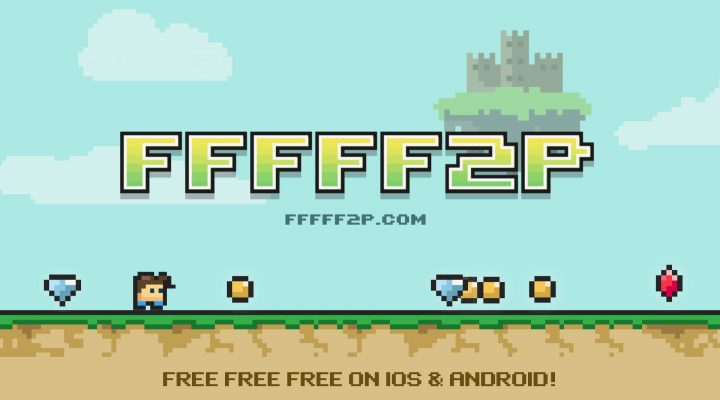 Can a free-to-play game be parodical, but also free-to-play? That’s what Elevate Entertainment’s FFFFF2P wants to be.

The game is all about mocking free-to-play, with the whole game being about avoiding being crushed by ads that say “Free” and “Save Big Now,” getting coins for crushing them. It’s kind of like a faster The Blocks Cometh without the wall-jumping. There’s rewards for doing random things, like dying a certain number of times.

Where the irony sets in is that the game actually is free-to-play though. There’s consumable items, actual in-app purchases for buying permanent upgrades, and even a literal pay-to-win system where the ending of the game can be bought outright for $2.99. And for a game that mocks banner ads, the presence of banner ads promoting free games when it’s possible to be killed by blocks that say “free apps” in the game is, well, curious. 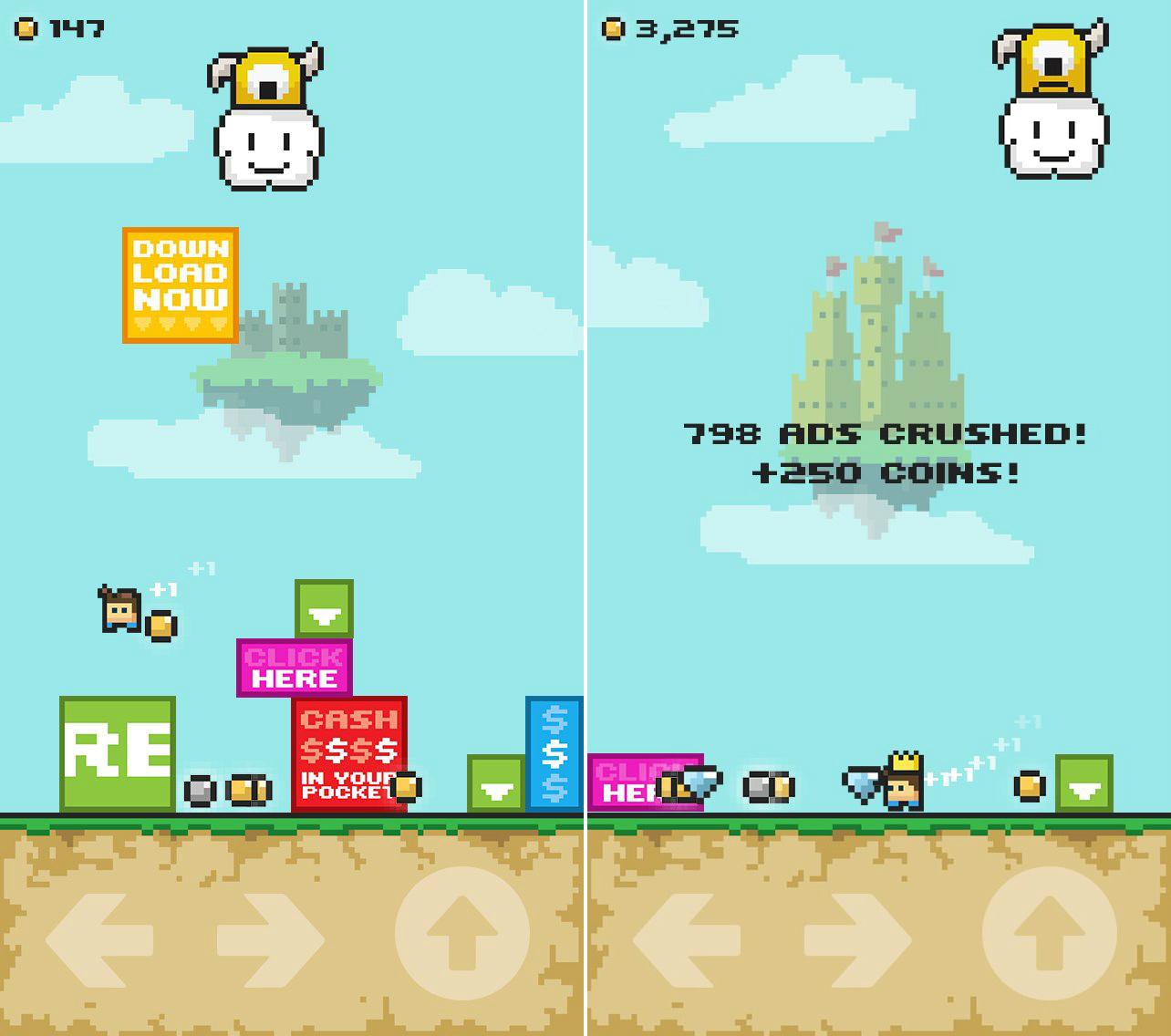 Dungeon Keeper wasn’t particularly well-received when it made a crack about in-app purchases, but FFFFF2P’s entire existence is a lot more on the nose about it, and that might save it: it’s so blatant about its subject matter that it gives off the impression that it knows, hey, “this is perhaps even a bit hypocrticial” to have banner ads in a game about mocking them.

Of course, players will be able to judge for themselves how well FFFFF2P’s parody works on July 10th when the game releases for iOS and Android, for free of course.