Fate of the Pharaoh Preview 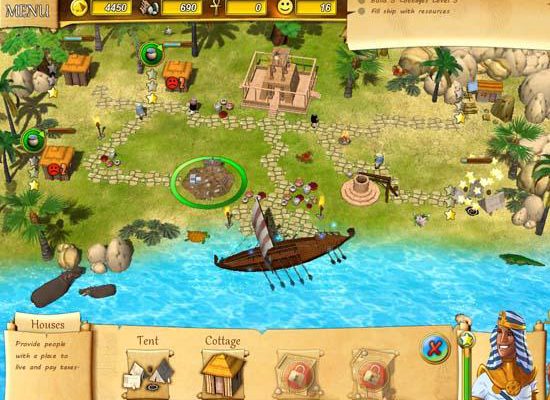 Fate of the Pharaoh is an upcoming Royal Envoy-style resource management / kingdom building game from Cateia Games set in the rich world of ancient Egypt. The glory days of the Pharaoh are long over, but as the Pharaoh’s advisor you can raise the golden cities of Egypt once again!

To make the Pharaoh’s cities thrive once again, you’ll construct homes for the people, produce and trade goods, construct monuments, keep the gods happy, and even fight off dangerous predators like crocodiles and cobras. You’ll also learn the secrets of how to build the wondrous pyramids – from aliens! 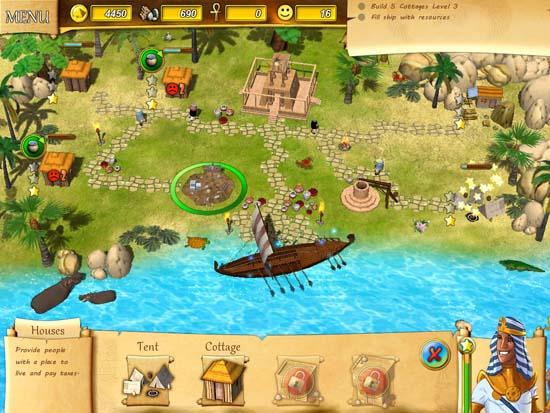 Fate of the Pharaoh will feature achievements to earn and unlockable bonus levels, as well as high-definition graphics. The game should be launching in a month or so for both PC and Mac.