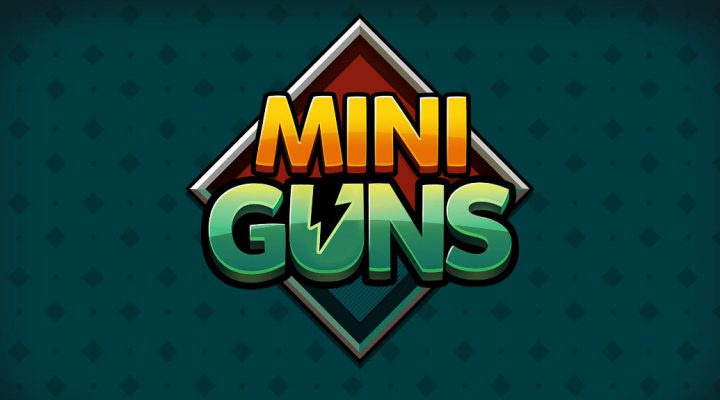 The upcoming real-time strategy head-to-head battler, Mini Guns, puts players in charge of endearingly detailed toy soldiers that come to life when deployed on the battlefield. Units are represented by figurines that are earned by winning battles and opening gift boxes, and which act as both collectibles and the roster for you ever-growing army in the war between the Republic and the Dominion.

Matches take place on a small, three-lane battlefield with the two opponents stationed on opposite sides of the map. Players each take eight units into battle as their available defenders. To deploy a unit, you simply drag it from the roster list at the bottom of the screen onto an area of the battlefield. Some, like the Heavy Machine Gun, will remain stationary where they are assigned while others, like Tanks and Trucks, will automatically travel across the field toward the enemy base, engaging any troops they encounter along the way. 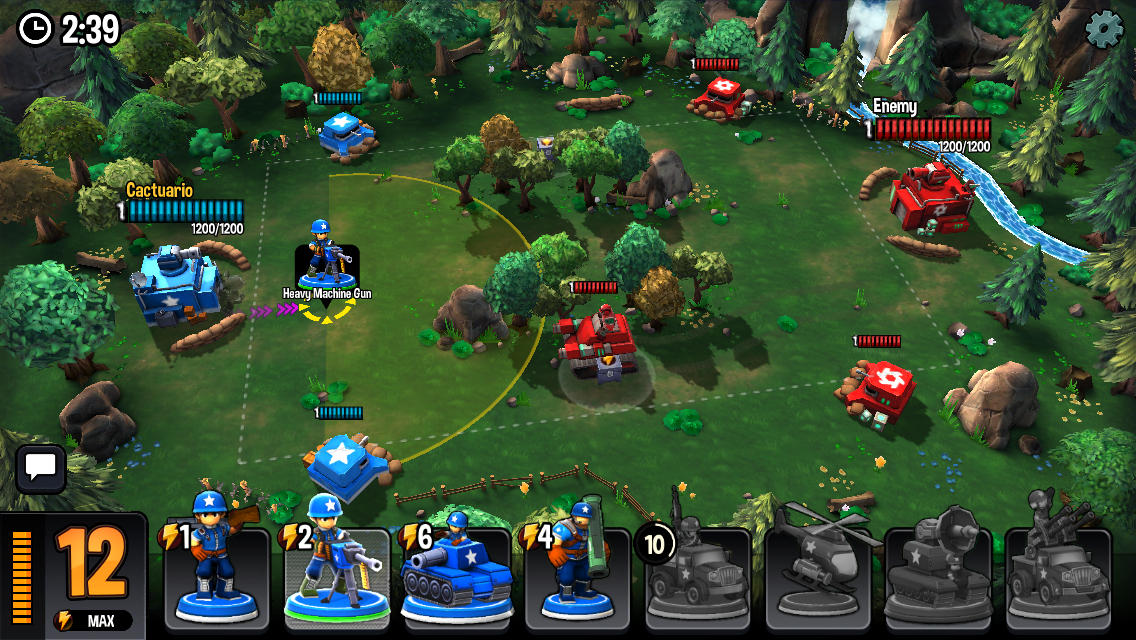 All action is real-time and simultaneous, so while you are dragging units onto the field, your opponent is as well. Each unit has a cost in Action Points, and these points automatically refill over time, so there is definitely a strategic decision between deploying lower-cost units ASAP or waiting for your more expensive figurines to become available. You might also choose to wait and see what your opponent sends out before picking your counter, but holding off too long could also allow them to reach the bonus supply crates that are dropped near the center of the map. There’s a delicate balance to be struck, and yet the hectic pace—the tiny map and three-minute timer guarantee a victor will be chosen quickly—force players to make snappy decisions.

The gameplay reminds us of Castle Raid 2, which uses similar mechanics for immediate match-ups with little downtime. There’s no limit to the number of units you can deploy—as long as you have Action Points available—so the small map can quickly become filled with tiny red and blue war toys blasting away at each other.

An interesting inclusion by Riposte Games & Co is the fact that each side of the match—the blue Republic and red Dominion—has different units available, and players can be assigned to either side at the start of a game. You’ll unlock and upgrade units for both armies as you progress, but you’ll never know who you’re playing as until a match actually begins. While the armies aren’t drastically different, the Republic tends to have slightly stronger foot soldiers while the Dominion favors vehicles. You can, of course, upgrade your units with duplicates and strengthen your army as you choose, improving the Republic’s Helicopters, the Dominion’s Infantry, or all of the above.

Mini Guns doesn’t have a worldwide release date other than “soon,” but it’s currently soft-launched in Canada, the Philippines, Singapore, and Brazil. It will be available on iOS, Android, and PC when it launches officially.

7 Wonders App Still in Development, Sign Up for the Closed Beta Now

Firefall Dies on Desktop, but Will Be Reborn on Mobile