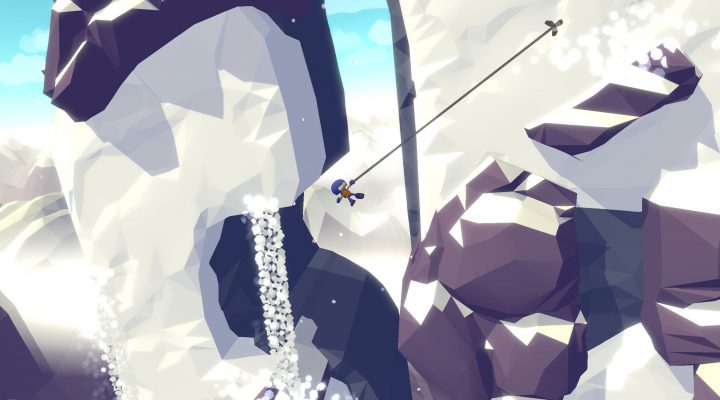 Hang Line is an upcoming physics-based mountain scaler that puts players in the shoes of an extreme climber who likes to tackle peaks with only his helmet and trusty grappling hook. Players will swing around precarious mountainsides by hooking on to rocky cliff faces, unstable snowballs, and dangling icy stalactites. As their climber clings to his single rope lifeline, he will be bounced around, ricocheted by rocks, snowed upon, and even charged or pounced by angry mountain goats and panthers.

Grappling and swinging are fairly popular mechanics in mobile games, with variations pulled off well in many titles ranging from Umbrella’s Kiss Hero to Kieffer Bros.’ Star Hound to Andrew Corman’s Hookshot. One of the notable differences in Hang Line is developer Ed Kay’s decision to use handcrafted, finite levels instead of endless, procedurally generated stages.

The game will launch with 40 levels, each with intentional, particular design choices and events, from the barrage of breakable snowy cliffs on one level to the explosive boxes dotting another. Yet at the same time, the game’s physics engine can create surprises out of the same building blocks, resulting in unexpected events like “goats can kick cats, cats can pounce on explosives, explosives can explode stalactites, stalactites can crush goats…” 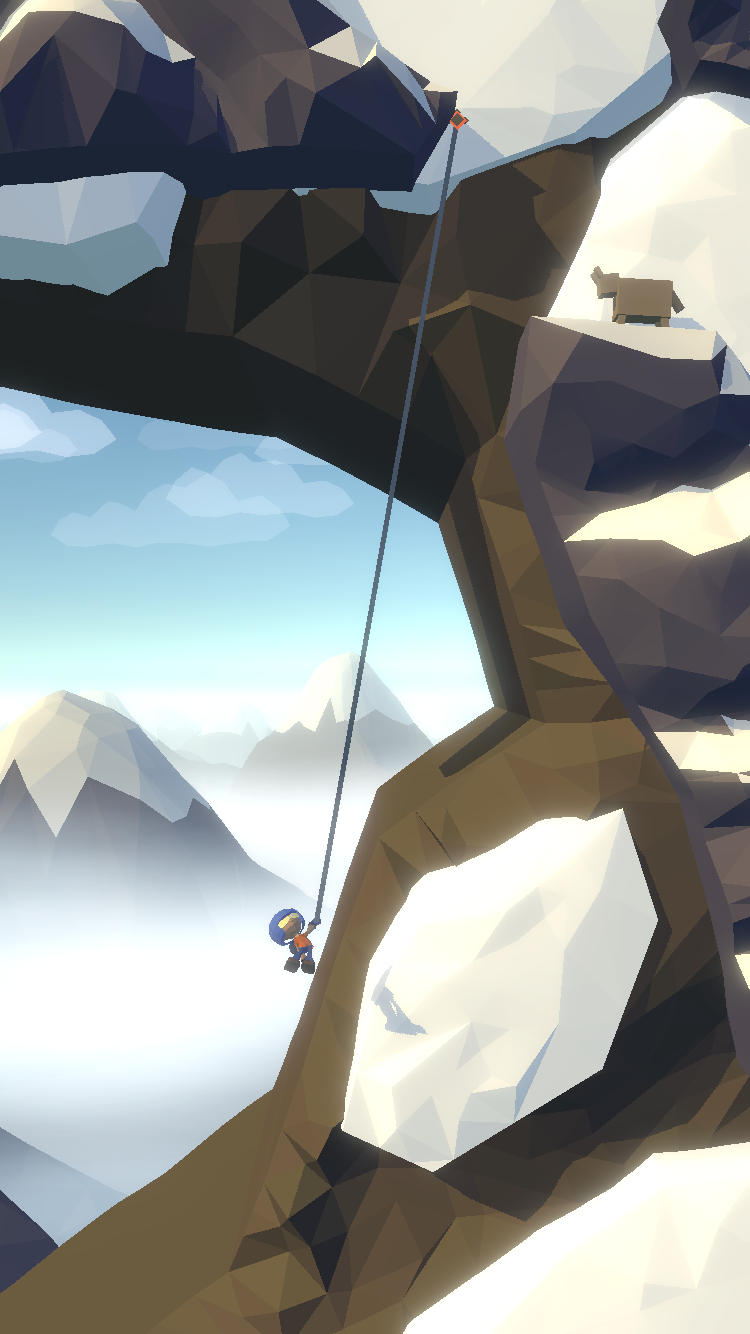 The challenges don’t just end there, as in addition to scaling the cat-kicking-goat mountain, players will face avalanches, volcanoes, hidden collectibles, and even the occasional rescue mission if they happen upon a stranded climber. The levels appear jam-packed with obstacles and areas of interest, besides being absolutely gorgeous to look at. The sun is beginning to set on one stage, producing a fiery orange glow in the background and casting shadows across the mountain. An avalanche rains down in another, resulting in hundreds of snowballs that bounce in all directions against a nearby cliff. A purple mountain cat dives at the climber and they briefly dangle from his rope together before he hooks another rock and swings away—okay, that one is less beautiful than simply awesome.

All of Hang Line‘s amazing mountain climbing challenges will be available for free with opt-in ads on iOS this summer, with Android launching slightly later.