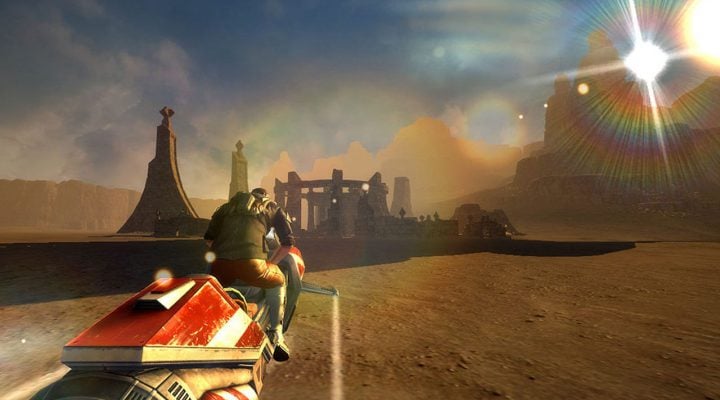 Crescent Moon Games has announced that their sci-fi RPG, Exiles: Far Colony is coming to iOS devices this Thursday.

Originally appearing on Android in December (with an early alpha for Humble Bundle buyers in November), the game features stunning visuals and an exciting sci-fi landscape to explore. Exiles: Far Colony puts players in the boots of an Elite Enforcer as they try to unravel the mystery of why the government is so focused on enslaving their colony. Equipped with mechs, hoverbikes, blaster rifles, and rocket launchers, players will have plenty of equipment at their disposal to protect them from the massive alien creatures and ensure mission’s success.

In our review of Exiles: Far Colony, we were blown away by the game’s visuals (real-time shadows with full day/night cycles!), its sprawling landscapes, and intriguing storyline. The game earned four and a half stars from Gamezebo; the only aspect of the game that held it back was how the controls handled awkwardly at times.

Look for Exiles: Far Colony in the iOS App Store on the 29th.