Home / Upcoming / Even Further Out: Out There Chronicles is Coming

Even Further Out: Out There Chronicles is Coming 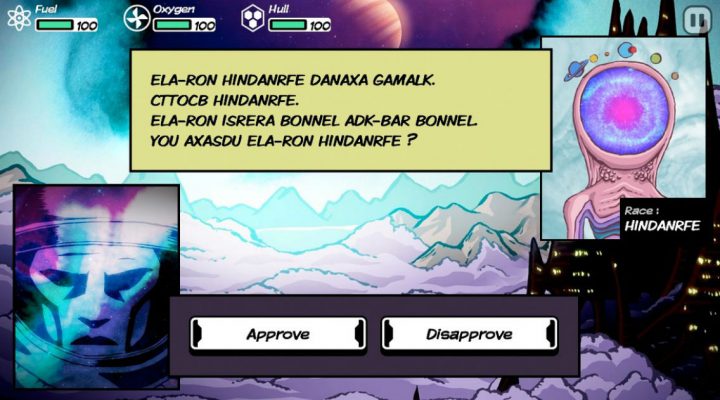 Out There by Mi Clos Studio is a brutal but beautifully-built adventure game that reminds the player about a single harsh reality: Outside our safe little bubble of water and atmosphere, space (and all that dwells within it) doesn’t think very highly of the human race. Getting home from the black depths of the universe takes every scrap of strength and brain power you can muster.

Out There received overwhelmingly positive critical response (including from Gamezebo’s own Tom Christiansen), so it’s no surprise to learn the universe isn’t done tormenting us yet. Mi Clos Studio founder Michael Peiffert talked at Casual Connect Belgrade last month and dropped some information about Out There Chronicles, an upcoming interactive fiction game set in the same (cold, cruel) universe as Out There.

While there’s no mention of an Out There Chronicles release date quite yet, Out There Omega Edition is also on its way, and should be available in early 2015. The Omega Edition features new content, including a re-written graphics engine.