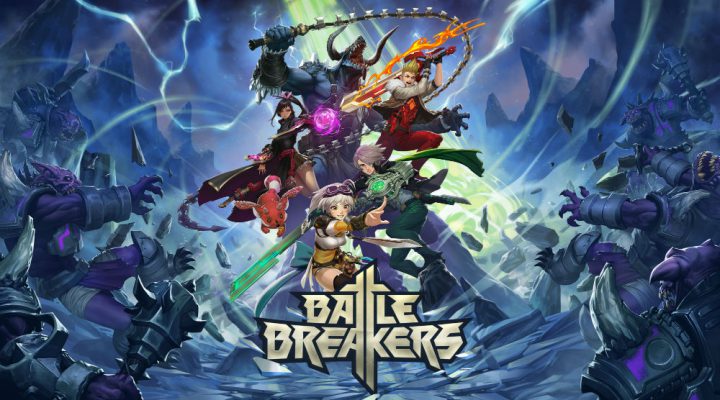 Epic Games is one of those companies that’s always going to be intriguing. Though some of its more colorful personalities (like Cliffy B.) have moved on over the past few years and its gaming output has slowed a bit, gamers are naturally going to be curious about anything the studio has cooking — particularly mobile games, because Infinity Blade. Right now, the thing they’re cooking is called Battle Breakers.

As Epic announced during GDC, Battle Breakers is “a frenetic tactical role-playing game powered by Unreal Engine 4.” Translated, that means it’s an entry into a crowded but very popular genre, armed with what are sure to be killer visuals. It’ll also be a mash-up of multiple pop culture staples inspired by old school cartoons and be equipped for cross-platform play via iOS, Android and PC.

“The team at Epic had this crazy idea that if we combined our passion for zany 80’s Saturday morning cartoons with our obsession for tactical turn-based RPGs, we might just create something awesome and unique,” Donald Mustard, Worldwide Creative Director at Epic Games, said in a press release. “If you’re anything like us you’ll be humming the Battle Breakers theme and grinning from ear to ear as you battle your way to victory.”

Considering Saturday morning cartoons don’t appear to be a thing anymore, Battle Breakers sounds like it could mash the nostalgia button early and often for those of us old enough to remember when they were.

In any case, you can pre-register and receive a free in-game hero right here, and the game already has its official website up and running as well. Battle Breakers is already in soft launch for those lucky folks in the Philippines, but we’ll keep you posted when we learn anything about it making its way closer to North America, as it’s being prepped for launch later this year.