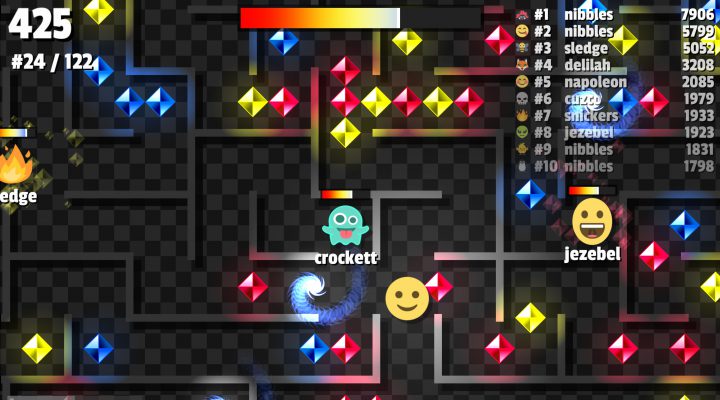 Even though their creators have spurned them, emojis continue to be on a pretty nice run here in the West. It stands to reason, then, that a game called emoj.io would have a pretty decent chance at success, especially if it takes advantage of another trend that’s been popular this year.

As you can see in the trailer below, emoj.io will do exactly that when it releases for iOS and Android on October 13 (and for PC via Steam a day later). It’s a multiplayer game where your emoji and others are together in the same maze, switching roles between hunter and prey along the way.

It’s impossible to miss the Pac-Man influence as well, since it appears you are only able to chase down other players once you consume power pellets — or whatever they’re called in emoj.io — and you’re eating gems the rest of the time. Take a look.

Easily dismissed? Maybe. But you could easily have said the same thing about agar.io and slither.io when they came out, and we all know how those two games blew up. In addition, emoj.io is the brainchild of Phil Hassey, the man who gave us the Galcon games, and thus someone who understands how to take a title with simple presentation and endow it with meaty multiplayer gameplay.

This is all our way of saying that even if you’re as over emojis as the Japanese, there’s a good chance many people (my daughter among them) are not, and emoj.io is a game worth keeping an eye on. The official website is live but doesn’t offer anything more than what we’ve already given you, so the only thing left to do now is check back at the App Store or Google Play next month.