E3 2018: The biggest mobile announcements at this year’s expo 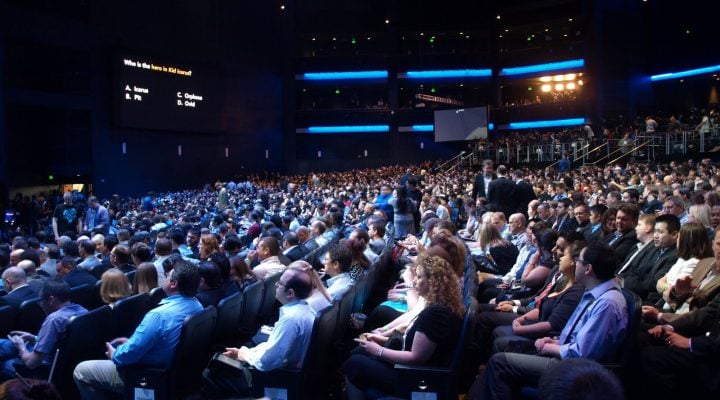 The biggest names in the games industry have descended on LA to show off their wares at this year’s E3 expo. Roofs were raised, rivalries intensified and a window into the future of the medium opened up.

Although the triple-A titles on PlayStation 4 and Xbox One dominated the showcase, mobile gaming was well represented at the event, with several of the leading publishers revealing major plans for iOS and Android devices. Here are the biggest announcements you need to know about.

An Elder Scrolls RPG is heading to mobile

Attendees flocked to Bethesda’s press conference hoping to hear more about its upcoming Fallout and Doom games. They left satisfied, but equally surprised because the studio also revealed an all-new Elder Scrolls game for mobile. The Elder Scrolls: Blades is no mere card battler. It’s an RPG with stunning console-quality graphics and gameplay designed from the ground up for tablets and smartphones.

It’s been six long years since a new entry in the iconic Command & Conquer series was released, but Electronic Arts is about to change that. During the publisher’s E3 press conference, C&C: Rivals was announced for iOS and Android devices. It’s a 1v1 real-time multiplayer strategy title in which players pit their military units against one another on a tile-based map. Hardcore Command & Conquer fans have blasted the game on social media, but those who have actually played it during pre-alpha testing have been generally complementary.

Gears of War gets a Funko Pop-themed spinoff

Gears of War and Funko Pop figurines had a lot less in common prior to Microsoft’s E3 press conference. Gears POP! is a newly-announced mobile entry in the shooter series in which its main cast take on the form of the popular toys. While Microsoft is yet to confirm what kind of game this will be, something fun, accessible and free-to-play is a safe bet.

Microsoft wants to bring Xbox streaming to phones and tablets

Microsoft also hinted at exciting plans for mobile gaming during its presser. Xbox head Phil Spencer said the firm is working on a streaming service that will bring its games to “any device”. Smartphones were specifically mentioned but there’s no word on pricing, hardware requirements and whether all Xbox One games will be supported. Watch this space…

Pokemon on Switch, Pokemon GO and Pokemon Quest: Everything you need to know