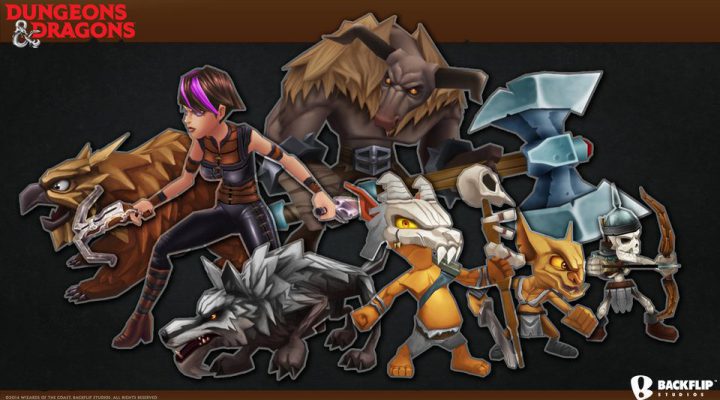 Backflip Studios is the team behind the hit dragon breeding game DragonVale. In other words, Backflip knows dragons, which is one reason to get excited for its upcoming castle defense game set in the Dungeons & Dragons universe.

During an interview at PAX last week, Backflip creative director Ryan Drag and CEO Julian Farrior told Polygon the mobile title, which is not yet named, is inspired by another licensed Backflip title, Army of Darkness Defense.

But Farrior pointed out the new game will be meatier than Army of Darkness Defense. “I would say it’s based on the castle defense genre, but it’s much, much more than that,” he said. “There’s a heavy customization component. There’s a heavy player-vs-player component. It wouldn’t do it justice to tie it to any one game — it’s inspired by the castle defense or raiding genres, but it doesn’t adhere tightly to that, either.”

Backflip’s new game lets you create heroes based around classes found in 5th Edition D&D. And if you’ve got a bone to pick with a buddy (or you just want to grab their stuff), asynchronous multiplayer lets you raid friends’ bases.

“You’ll be attacking them, they’ll be attacking you, and there will be some single-player along with it, as well,” Drag told Polygon. “We wanted to basically include both sides of the D&D game, so you could play both as the Dungeon Master and as the heroes.”

Backflip will provide the game at a yet-undisclosed date. You need only supply the Mountain Dew and Cheetos.

Get Ready to Raid Some Tombs in Treasure Tombs: Ra Deal

Angry Birds Transformers Gets An 80’s Trailer and Release Date