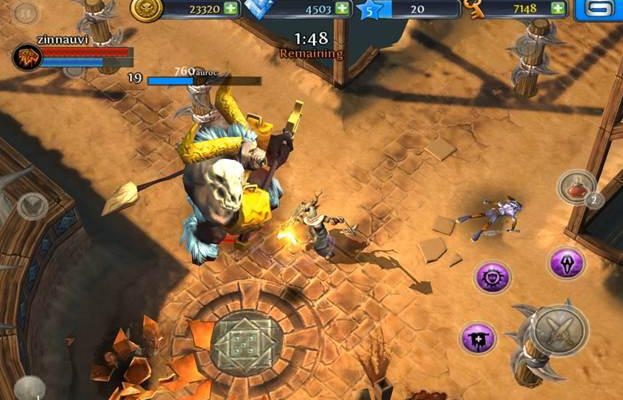 If there’s one hard and fast rule in the world of video games, it’s probably this: popular games get sequels. It should come as no surprise, then, that Gameloft moments ago announced Dungeon Hunter III for iOS and Android devices.

The popular hack’n’slash RPG franchise has already proven it has legs, moving from mobile to consoles (and now Mac) with Dungeon Hunter Alliance. But like any good series, home is where the heart is – and Dungeon Hunter hasn’t forgotten it’s mobile gaming roots. 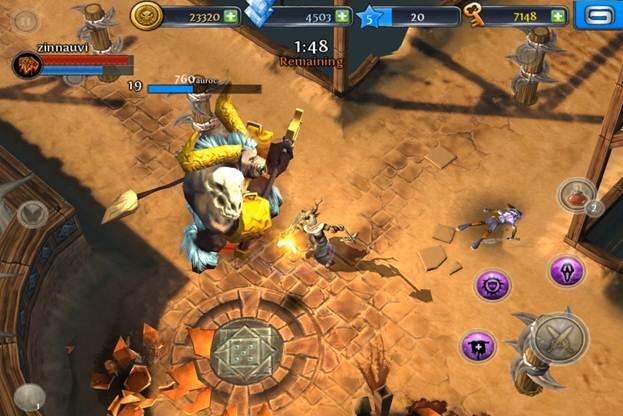 No real details on the game have surfaced yet, but if you take a close look at the screenshot above, you’ll notice something peculiar – Dungeon Hunter III‘s HUD has what appears to be a basic currency, a premium currency, and a levelling system. As well, those two currency bars have a small “+” next to them, which you’d likely tap to purchase more currency from an in-game store. Could the latest game in the Dungeon Hunter franchise be… freemium?

While it may seem like a surprising move, Gameloft has recently made a lot of moves in the freemium arena. Both Brother in Arms 2 and Fishing Kings have gone free to play with in-app purchases, Let’s Golf 3 launched the same way, and later this week the company will be launching The Oregon Trail: American Settler – their first Facebook-style game since Green Farm.

The latest Gameloft podcast gives a quick teaser of the game in action, and promises “better graphics, better gameplay, co-op multiplayer, and a whole lot more.” I suppose we’ll have to see if that “whole lot more” translates to freemium when the game arrives at a later, yet unspecified date.