Draw Your Own Magic in Swipe Casters on August 30 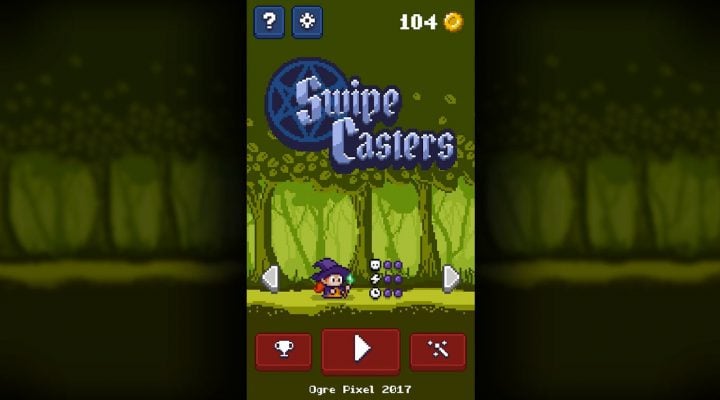 Learning magic generally takes years of practice and study, unless you’ve got a photographic memory like Stephen Strange or are born into it like Harry Potter. The rest of us don’t have the time or affinity for that, so Swipe Casters is going to give us a hand later this month.

From the indie studio Ogre Pixel, Swipe Casters turns your touchscreen into a magic wand by having you draw patterns with your finger to cast spells. No incantations necessary, unless, of course, you feel like yelling out some words of power while you play. Not sure it’ll make any difference other than maybe a placebo effect.

As you can see in the gameplay trailer below, the patterns necessary for spellcasting start out simple and get more complicated as you go. Plus there are special “Soul Strike” moments when you can quickly draw lines between two points to defeat as many enemies as possible in a limited amount of time.

As for the story behind Swipe Casters, here’s what Ogre Pixel has to say:

Located in the same universe as Warcher Defenders and Black Tower Enigma, on Swipe Casters you will take the role of one of the four magicians chosen to compete on the magicians tournament… But… Where is the prize?! The Magician’s Chalice has been stolen! – We must get it back!

With four different casters to choose from and an undeniably cute art style, Swipe Casters looks like it could appeal to a broad cross-section of mobile gamers. It’s slated to magically appear on both iOS and Google on Aug. 30, so keep those tracing fingers ready to channel the magic.

Reigns: Her Majesty Embraces the Wild Lives of Queens