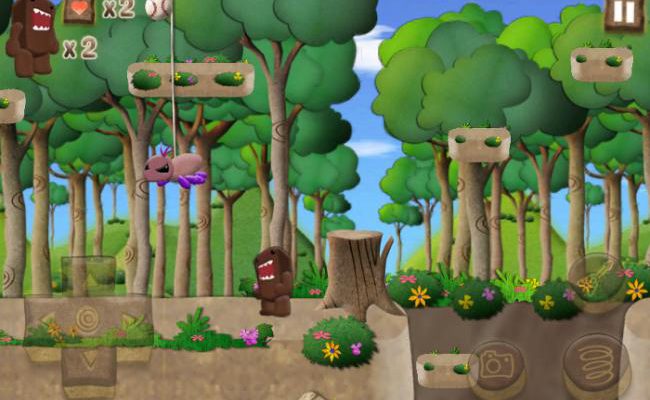 Domo-kun is coming to iOS devices in the side-scrolling platformer Domo The Journey.

You may not be familiar with the name Domo, but if you’ve spent any meaningful time on the internet, you’ve almost certainly seen him. He’s a cubical, brown creature with stumpy arms and legs, beady black eyes, and a gaping red mouth, filled with pointed teeth, that never closes. Objectively, he looks like something out of a nightmare, but in actuality he’s friendly, cuddly and, if you catch him in the right light, even kind of cute.

And soon you’ll be able to get to know him a lot better thanks to Domo The Journey, an upcoming side-scrolling platformer for iOS devices. Domo’s best friend Tashanna has been kidnapped by Hungry Bear, and now he must pursue them through 25 levels spread across five different zones, including forests, underground mines and snow alps, to rescue her.

Using the game’s “precise d-pad controls,” you’ll help Domo jump across platforms, dodge and battle deadly enemies and overcome plenty of other dangerous obstacles along the way. He’ll also collect baseballs as he goes (I guess he’s a fan), giving him various power-ups that make his mission a little easier. 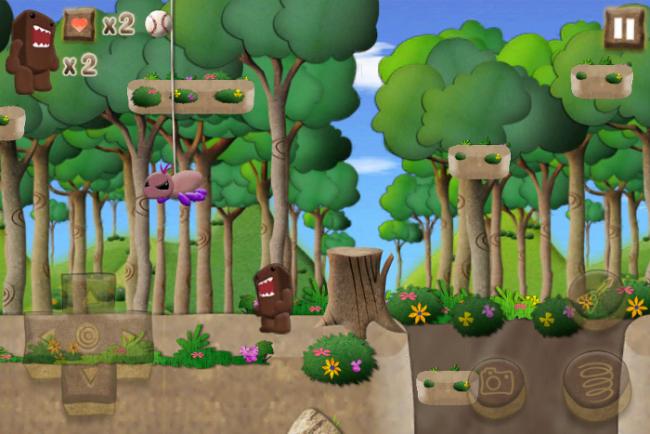 There’s not a whole lot to see in the way of screenshots or gameplay videos at this point, but the little I’ve seen looks very impressive, with sharp, colorful visuals packed with plenty of detail. If you’re a fan of platformers, you’ll probably want to keep an eye on this one. Domo The Journey is currently scheduled to come out in February.