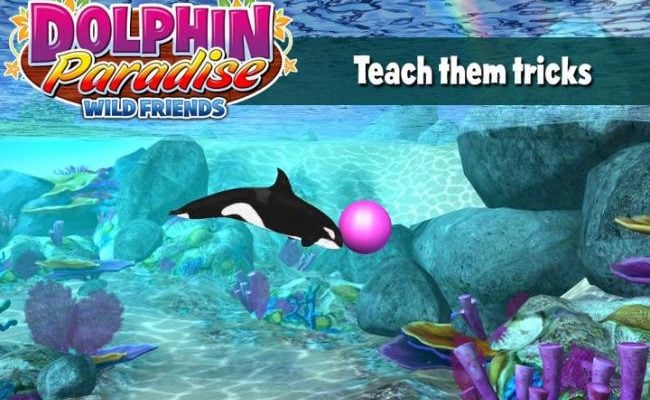 Currently, there’s a lot of ongoing debate over whether or not dolphins, orcas, and other marine mammals should be kept captive in marine parks and forced to perform for hairless, hand-slapping ape descendants. After all, evidence keeps pouring in that suggests dolphins are sentient animals. It’s a sticky argument, but regardless of where you stand, you don’t have to feel bad about playing Dolphin Paradise for iOS. These virtual sea mammals exist only on your iDevice, and they are totally down with hanging out. Bring fish. Lots of fish.

Dolphin Paradise is a 3D pet sim that lets you raise and care for your very own dolphin or orca. You can feed your animals, pet them, play with them, and form a bond. Your charges frequently try and get your attention, and are eager to interact with you (“Look at this cool bubble-blowing trick I can do! Look! Look! Mom! You’re not looking!”).

Once you’ve bonded with your dolphin and named it (Suggestion: “Ecco”), you can enter it in acrobatic shows and competitions. You can even use the in-game camera to snap pictures of your dolphin grabbing some sweet air, and said pictures can be uploaded to Facebook. 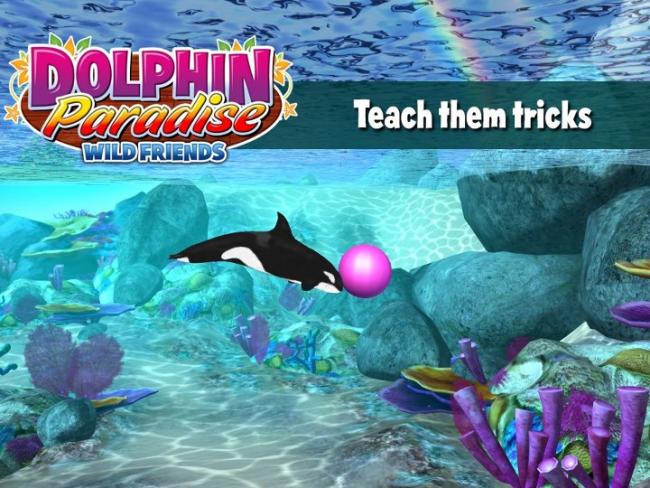 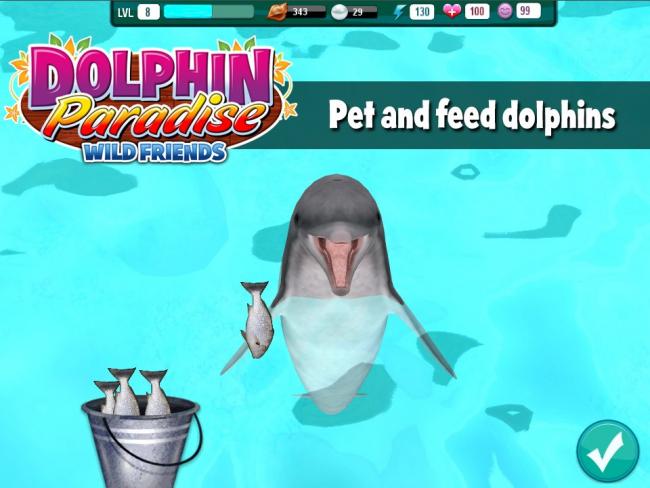 You need to give your sea mammals lots of love and food to keep their energy up. A full dolphin is a happy dolphin, and presumably that will keep said dolphin from trying to kill you when you accessorize it with in-game outfits and extras.

Dolphin Paradise features bright, colorful 3D graphics and lots of dolphin-ish clicks and whistles. Look for the game later in September, which is as good a time as any to start daydreaming about warm, tropical places.