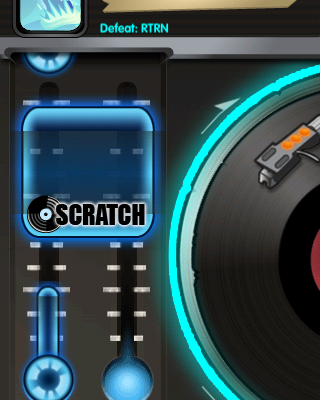 Few companies can manage to strike gold on two different platforms with two wildly different titles at the same time, yet Booyah has quickly made a name for themselves over the last year as the creators of MyTown, the iPhone’s top GPS game, and Nightclub City, a music and management game with over 2 million monthly active users on Facebook. Now Booyah is looking to blend these two ideas together with the upcoming release of Nightclub City DJ Rivals for the iPhone and iPod Touch.

Combining rhythm and social elements, players will take the role of a young DJ battling his way to the top of the music industry all while trying to take down the evil industry leaders Big Hit Records and BlandCorp, both of which are determined to make music boring and safe.

Gameplay will consist of taps, scratches and fades that will help players level up in RPG-fashion. As players evolve their DJ’s, they’ll be able to boost stats, earn new skills, and collect in-game cash to spend on better equipment.

Like MyTown, Nightclub City DJ Rivals will be as much about check-ins as it will be about actual gameplay. Players will be able to check into a location and battle the Resident DJ in a king of the hill multiplayer mode, giving everyone the chance to unseat the mix master of any location and earn the House DJ title all for themselves. If that happens, they’ll have a regular gig at that location and a steady income to buy new in-game items. 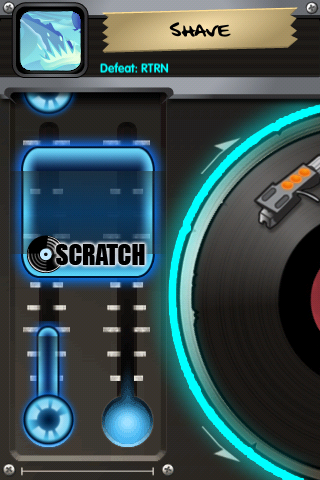 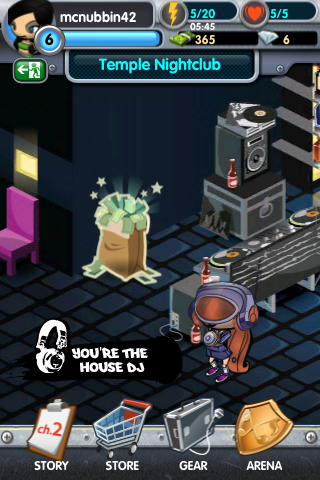 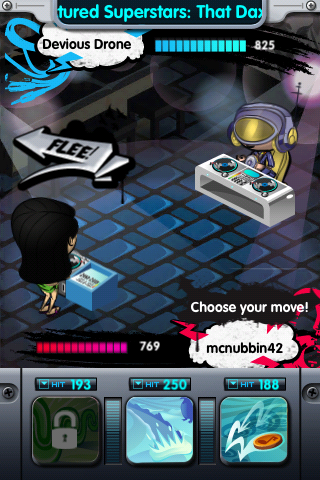 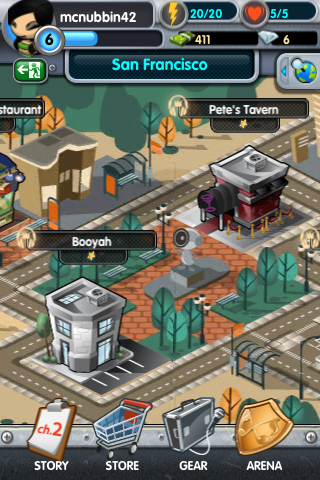 Players will be able to customize their characters to their liking, with visuals somewhat reminiscent of Booyah’s now defunct iPhone app InCrowd. With the ability to customize both the look and skill stats of your character, DJ Rivals promises to deliver an experience that reflects whatever personality the player wants to infuse in their DJ.

As a bonus, fans of the original Nightclub City will be pleased to know that playing DJ Rivals can help them unlock exclusive new content in the Facebook game.

No release date has yet been announced for Nightclub City DJ Rivals, but if you click the follow link above, we’ll be sure to let you know when new details about Booyah’s mobile music game surface.