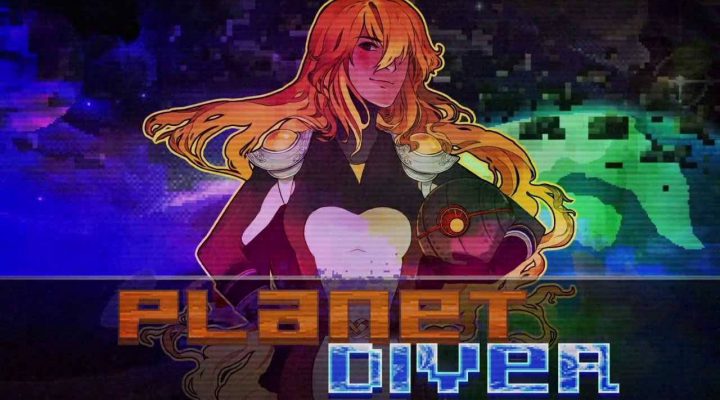 At some point, humankind is going to set foot on a celestial object other than the moon. After that, we’ll meet alien life. We’ll form diplomatic ties with our new friends, and study whole new branches of flora and fauna. Then we’ll get bored with all the peace and learning and use these new planets for extreme cave-diving.

Like its name suggests, Fabraz’s upcoming Planet Diver is an action game that’s all about diving into the dangerous bellies of endless caves. You put your life on the line with a female thrill-seeker who aims to cure her perpetual boredom by finding the most dangerous planets in the galaxy, strapping on a wingsuit, and diving into the debris-ridden, monster-hiding depths.

Cavernous alien depths were never meant for humans, so there are plenty of hazards to avoid while you try and last long enough to build up a high score. You need to veer around rocks, avoid crushing ceilings, watch out for fireballs, and, most importantly, flee hellish alien worms who aren’t cool about humans skydiving across their front porch. Some people just aren’t neighborly.

Planet Diver is coming to Android and iOS on the first of December. Sail!