Home / Upcoming / Disruptor Beam’s Next Game is The Walking Dead: March to War 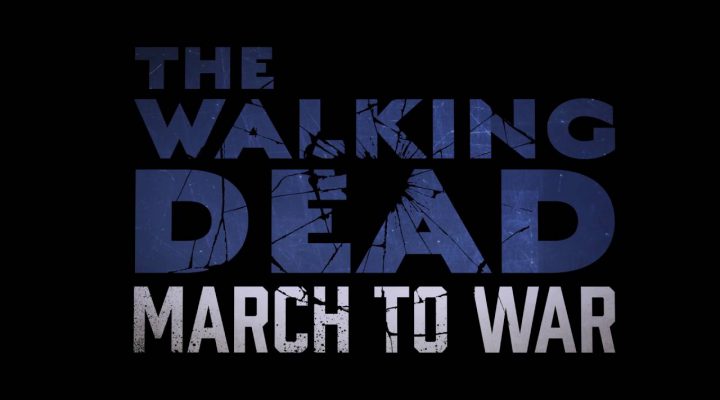 When you’ve already done games for one of the most popular current TV series around and an iconic franchise that spans decades of shows and movies, there’s not much left to conquer. Except, maybe, for the absolute number one show on television, The Walking Dead. Fortunately, that’s exactly what Disruptor Beam is doing, or this segue would have fallen apart quickly. The Boston-area studio announced today that in conjunction with Skybound Entertainment, its next game will be The Walking Dead: March to War, which it is aiming to launch on both iOS and Android in 2017.

Described as a “story-driven multiplayer strategy game” — a phrase that could also apply to Game of Thrones Ascent and Star Trek Timelines — March to War will feature well-known characters like Rick, Michonne and Negan working both with and against the team of survivors gathered by each player. And what exactly will set it apart from the handful of other mobile games based on The Walking Dead that are already out there?

[quote]Faced with an ongoing series of moral choices, players will defend their camp against hoards of walkers and, the bigger threat, other survivors. Inspired by the stark look of The Walking Dead comics, March to War will feature rich 3D graphics unlike anything seen in other The Walking Dead or strategy mobile games.[/quote]

We’ve seen one part of that formula already in Telltale’s game, but the multiplayer aspect of March to War should help differentiate it enough to attract both fans of the franchise and curious mobile gamers. And honestly, the public’s love of walkers doesn’t seem to be dying off very quickly at the moment.

Disruptor Beam is doing the ever popular pre-registration thing at MarchtoWar.com, where you can simply declare yourself a survivor — a much easier process than surviving the actual apocalypse, one imagines. Gamezebo will also be meeting with members of the development team at New York Comic Con, so we’ll try our best to squeeze some more tidbits out of them, even if we have to coat them with walker guts to deliver them safely to you.

When is FIFA Mobile coming out?