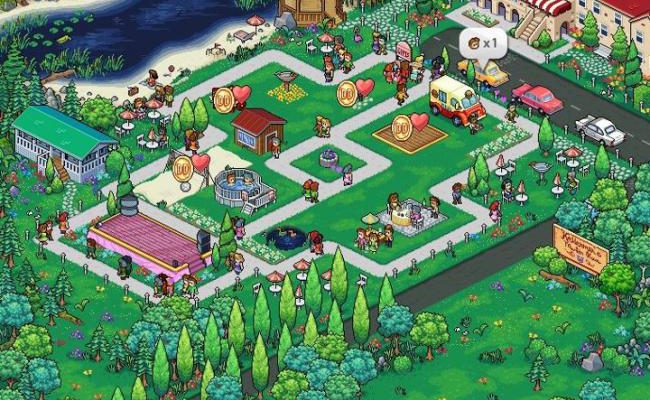 Have the time of your life with Dirty Dancing on Facebook

It’s hard to know what to expect when playing a game based on a film like Dirty Dancing, but we certainly didn’t expect this. A pixelated business management game, Dirty Dancing on Facebook feels like it was developed by Kairosoft, creator of insanely addictive mobile games like Game Dev Story and Pocket Academy. But somehow it still feels in keeping with the film. We’ve only spent a small amount of time with the game’s closed beta and, while we haven’t necessarily been having the time of our lives, we’ve definitely been having some fun.

As with the film, Dirty Dancing on Facebook takes place in a picturesque summer resort. But instead of taking on the role of a dance instructor or the teenage girl who falls in love with him, you play as the manager of the resort. You’ll build attractions to keep guests happy and earn money, additional lodgings for when you reach capacity, and you’ll even have to put on a dance performance or two.

Despite its business management trappings, Dirty Dancing on Facebook doesn’t skimp when it comes to the romance. As you play you’ll earn romance waves, which help create an atmosphere of love. You can use these on patrons and after several waves they’ll get in the mood for love, and eventually you’ll have a bunch of happy couples running around. Even better, when you drop a wave a snippet of one of the film’s iconic songs plays. 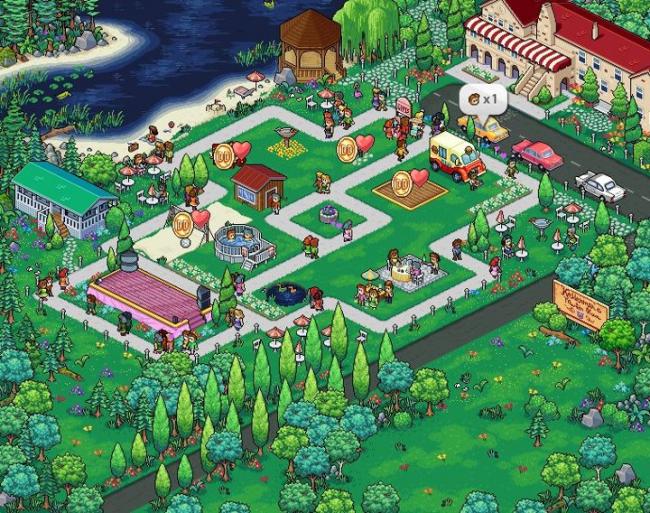 While we played the beta for a few days, it feels like we only scratched the surface. There are plenty of attractions and decorations to build, and when you reach specific experience levels you’ll open up whole new areas of the resort. For example, it looks like at level 10 a golf course will be available. And what’s more romantic than golf?

In terms of social features, you can share pictures of your resort with friends, and you can also hire them to perform in any of your dance shows, which help earn money, experience, and romance waves.

From what we’ve seen, Dirty Dancing on Facebook makes very clever use of its license, resulting in a game that will appeal to both fans of the film and fans of more lightweight business management games. The old-school, pixelated visuals and brief musical numbers also lend the game a unique sense of charm. Currently in closed beta, Dirty Dancing on Facebook is set to officially launch later this month.