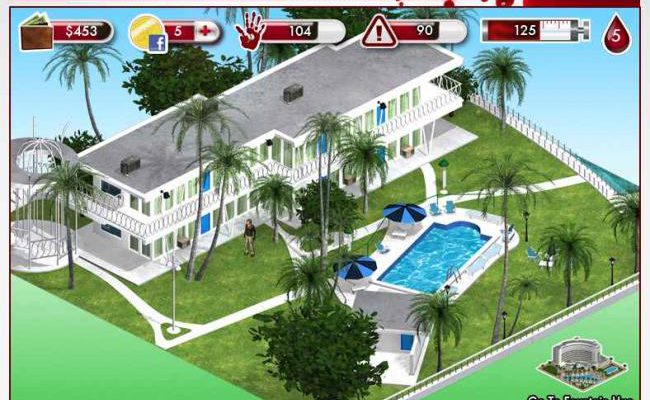 After bringing Weeds to Facebook in the form of Weeds Social Club, developer Ecko | Code now has its sites set on another television show: Dexter. Dexter: Slice of Life will put players in the shoes of everyone’s favorite serial killer/blood spatter analyst, Dexter Morgan, and will coincide with the upcoming sixth season of the television show.

As with the show, the game will take place in sunny Miami, and it wil actually follow the story arc of the new season. The idea is that you will watch the show on Sunday and then play on Monday to get the most out of your Dexter experience. As for how it will play, Dexter: Slice of Life is described thusly:

“Dexter: Slice of Life is the first Facebook title to feature ‘Real-Time Stealth’ gameplay. Players will stalk their victims and sate Dexter’s inner demon as he explores the Miami locales seen on the show. Throughout, gamers will collect and earn special items to complete their mission and progress through the game.” 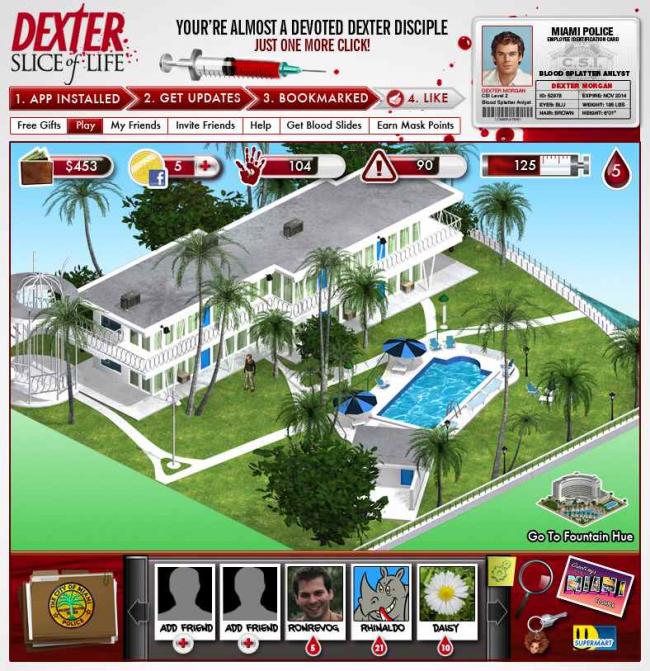 The game will launch on Facebook on Sunday, October 2, the same day that the season premiere of the TV series airs.