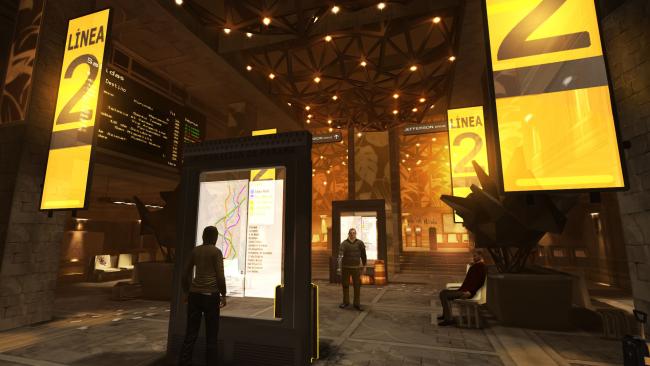 As a journalist covering mobile and social games, I’m a little bit of a second class citizen in the console and powerful PC-dominated world of E3. That’s why I need more games like Deus Ex: The Fall. It’s a mobile game, for sure, but the iOS version I played at Square Enix’s E3 booth didn’t feel like any tablet experience I’ve ever had before.

It’s not because of the game’s stellar graphics, because we’ve seen plenty of great looking games on mobile devices. What grabbed me instead was the way Eidos Montreal was able to get the control system to work – no small task for an action-RPG with enough cover-based gunplay and stealthy sneaking about to equal almost any console game.

The genius is in the contextual controls. Your character, Ben Saxon, has a lot of different things he needs to do, but never all of them at any one given time. So you’ll see plenty of buttons pop up to tap for specific actions, yet they’ll only be what you need in that specific situation. If you need to dash from cover to cover, for instance, the button will be there, disappearing when you are walking around.

Even the mundane actions have had some thought put into them. Dual thumb sticks are used for moving and looking/aiming, but you don’t have to get your fingers into exact places. Simply sliding your thumbs anywhere in the bottom corners of the screen will work, allowing you to worry about the action instead of searching for the sticks.

The missions I played followed a growing trend in that they could be accomplished with guns blazing or with a more subtle approach. Saxon has both lethal and non-lethal takedowns in his arsenal, and his ample firepower can be swapped out for a tranquilizer gun. It appeared that you receive more experience points for keeping the body count low, but don’t quote me on that. 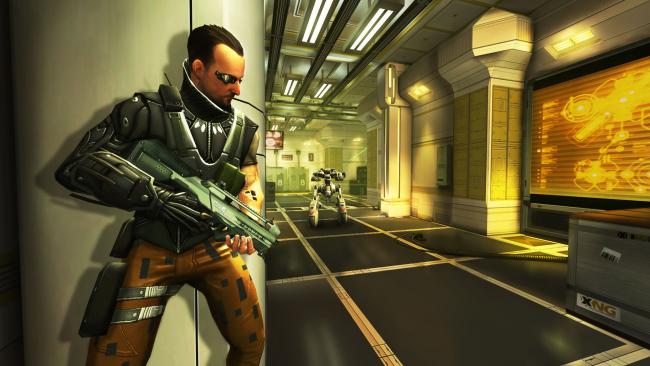 Another thing that may impact your decisions is the squad-based thinking used by the bad guys. Enemies alert their buddies if they are attacked without being taken out. In my case, that happened quite a bit. All of a sudden those tranq darts from the safety of cover were looking awfully attractive.

There’s much more, like a confusing but intriguing mini-game to hack locks and computers and a full array of attachments and upgrades for every weapon. The voice acting sounds solid, and while I didn’t get too far into it, smart money says the story will be on point as well.

It’s telling that Square Enix is marketing the game as the fourth entry in the Deus Ex series, despite the fact that we’ll be playing it on tablets or smartphones (an Android version is planned to follow after the iOS release). Not every mobile game deserves to sit at the big kids’ table, but Deus Ex: The Fall is one that is pretty much demanding a seat.