Defend Your Turf Puts a Gang War in Your Pocket 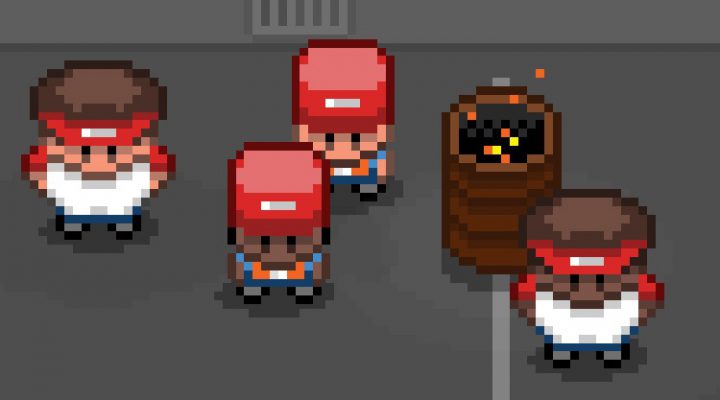 I’m not entirely sure what to make of Defend Your Turf, the upcoming mobile game from indie developer Stephen Folkes. Judging from the trailer, it’s either a super clever mix of thoughtful strategy play and punching set in a pixelated urban jungle, or it’s a beat-em up with light strategy elements.

I’m looking forward to finding out which.

Players will control a gang who (surprise) need to defend their turf. To do this, they’ll select members of their gang and direct them to different areas to rumble. “You’ll need skill, you’ll need cunning. You’ll need to drop cars on people’s heads,” reads the official press release.

If you’re as curious as we are about this one, you won’t have long to wait. Defend Your Turf hits the App Store on August 23rd as a free download. That will get you access to 12 of the 36 levels, with the rest unlocked via a single in-app purchase.

Sorcery! 4 Is Finally Coming out next Month