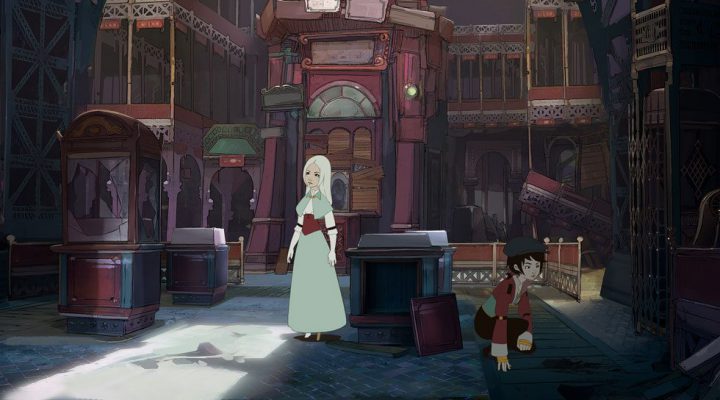 A group name like “Devil’s Men” doesn’t make you think of society’s finest. Sure enough, The Devil’s Men by Daedalic Entertainment (the studio behind Deponia, The Night of the Rabbit and more) takes the player across some pretty scummy territory.

Set in 1871 England, The Devil’s Men is a mystery / adventure game laced with murder and steampunk. Players take on the role of Adelaide Spektor, a 20-year-old girl who’s seemingly been abandoned by her detective father.

When Adelaide witnesses the unfortunate murder of a friend, she’s also presented with the opportunity to track down her dad. However, doing so means pairing up with Emily, a misfit with murder on her hands. The two gradually find themselves wrapped up in a plot involving “The Devil’s Men” – mysterious, powerful scientists that have recently had their ranks thinned by death after death.

The Devil’s Men features a story by Kevin Mentz, the writer for Daedalic’s adventure game Memoria, and branching storylines that will be affected by player’s decisions. Expect this one to hit PC and Mac in 2015.

Final Fantasy VII Is Coming to Mobile (But Not Really)