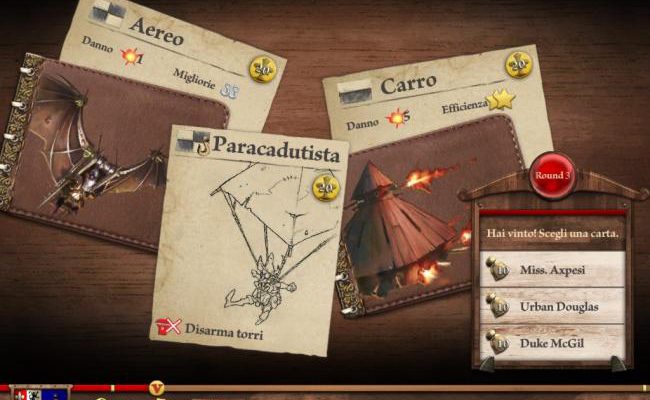 Get ready to turn back the clock to the 16th century and kick some butt in Da Vinci’s Art of War, a turn-based strategy game in which the great inventor’s fantastical machines come to life and go to war.

What if the great and wonderful machines envisioned by Leonardo da Vinci 500 years ago were actually brought to fully-functioning life? In the upcoming Da Vinci’s Art of War, that’s exactly what happens, as you assume the role of a noble lord and put the great inventor’s finest creations to work in a turn-based war for all of Europe.

The game unfolds in three distinct parts. At the strategic level, you’ll maneuver your armies and build castles and fortifications on an interactive map of 16th-century Europe, while the Auction House allows you to bid on and acquire Da Vinci’s projects, which will boost your reputation and income and bring in vital Victory points. Finally, there’s the battleground, where soldiers backed by tanks, airplanes and even more of Da Vinci’s bizarre machines square off in detailed, animated clashes. 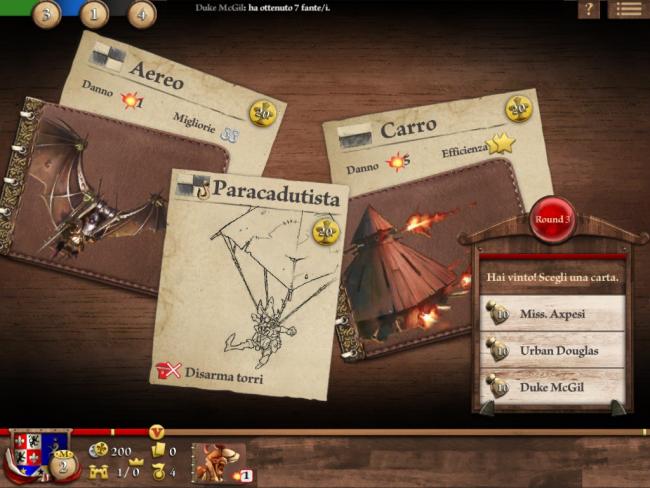 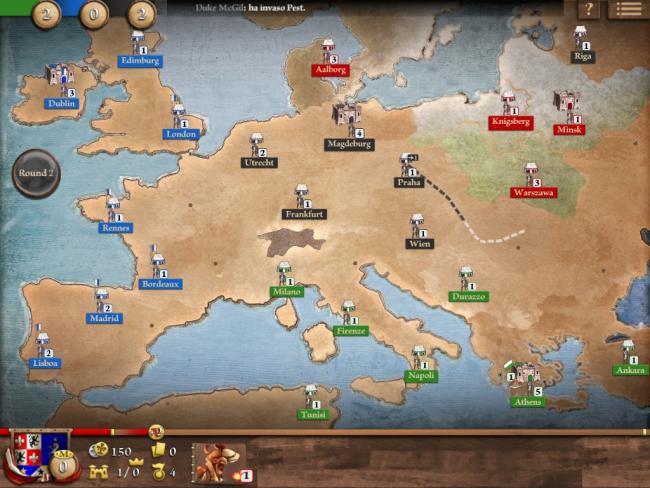 Da Vinci’s Art of War will offer both single-player action against “advanced AI” and multiplayer battles of up to four players through local WiFi connections or the internet. Two modes of combat will be available, Swift or Animated, multiplayer match duration can be adjusted by the players and die-hard Da Vinci-philes will even be able to play in Italian. And who knows? You might even learn something along the way.

I haven’t had a chance to see this game in action yet, but both the pre-release screenshots and a teaser trailer look absolutely fantastic. This is definitely a game that strategy fans will want to keep their eyes on. Da Vinci’s Art of War is “coming soon” for the first, second and third generation iPad.