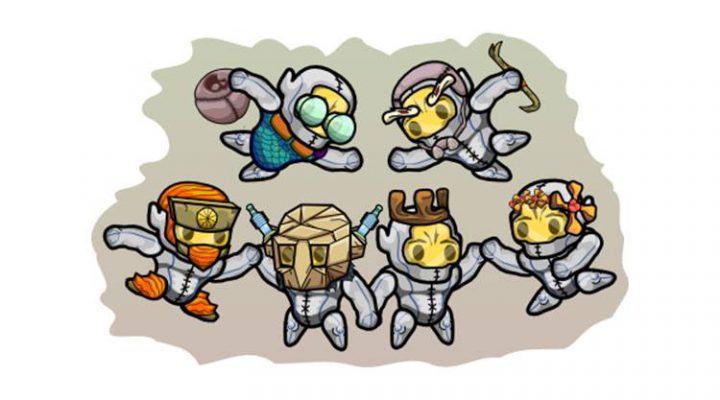 We’ve been pretty stoked about Crashlands for awhile now. The next (and biggest) release from Butterscotch Shenanigans, it looks like it could have everything we want in a crafting and exploration game.

Well… except for all that tedious crafting.

The brothers Coster seem to agree with us and have just announced a few major changes in the latest build of Crashlands — all of which should help to streamline the typically laborious crafting elements of the genre.

Want to set up a bad ass base of operations? You won’t need to go rooting through a massive inventory system, finding the items you want to use, placing them on your hotbar and using them one-by-one. “Build Mode” will show you all of your buildable structures on the bottom of the screen and let you paint them in with a tap of your finger. Easy peasy.

Inventories – especially in games about crafting – get deep and cumbersome really fast. Crashlands solves this feature by killing it completely. Instead, you’ll only see the items you have when you need them (ie, if you’re crafting a recipe, you’ll be shown how many of each ingredient you have. If you’re in build mode, you’ll see your structures). Also, there will be no limit to the amount of stuff you can carry.

There are going to be a lot of recipes in this game, and once you have a few (hundred), it can be a real pain to track down the one you want. To solve this, the Costers are implementing a “workstation” system. Different recipes will be tied to each. “When you open a sawmill,” they say, “you see a bunch of wood recipes. BECAUSE IT’S A SAWMILL!”

Recipes won’t all be instantly completed either, because — in their words — “mobile gamers tend to play games in smaller chunks, mobile gamers will always have something cool to come back to after a short break from the game.”

Take that how you will.

There’s still no specific release date nailed down yet for Crashlands, but we’re super excited to see how this one turns out. You can stay on top of the game’s development too by following their updates at butterscotch-shenanigans.com.