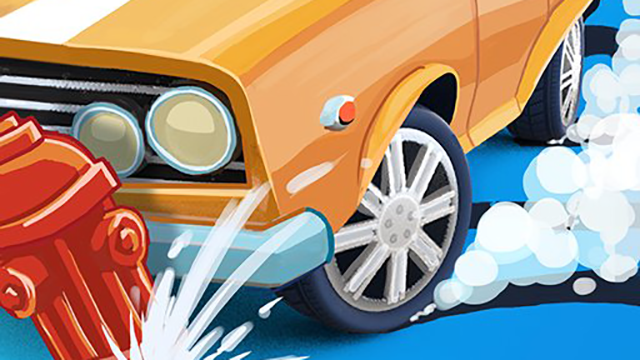 While Prettygreat has had no trouble living up to their rather lofty name so far, we’re starting to wonder if they might have been better off calling themselves “Slidegreat” instead. After all, sliding was the focus of their first game, Land Sliders — and it made a pretty clear re-appearance in their second game, Slide the Shakes, too.

For their third title, they’re looking to continue the tradition by having you slide your vehicle into other vehicles — unless you can manage to blow them up first.

Crash Club is an online multiplayer game of top-down car combat, and that’s pretty much everything we know at this point. Luckily they’ve revealed this with a short trailer, so you can get a sense of the mayhem you’ll be able to cause soon:

Crash Club is slated for a launch on iOS and Android sometime this year, but players who want to get an early start can sign up for the beta now at playcrashclub.com.