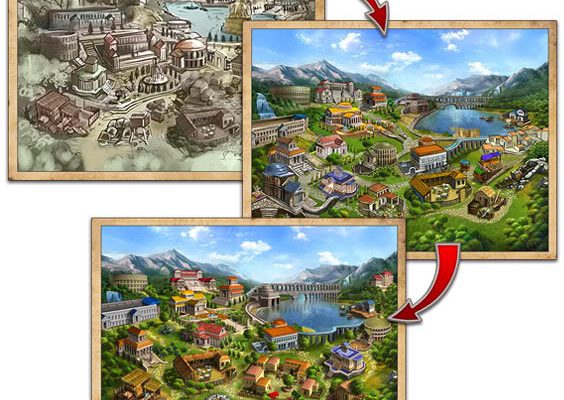 Awem Studio is hard at work creating Cradle of Rome 2, the sequel to the puzzle game Cradle of Rome, and gave us a sneak peek at some of the new features they’re planning for the game, as well as Rome’s new look.

Adventure mode remains the game’s main mode, offering more than 100 levels of match-3 gameplay and the opportunity to build the City of Rome by unlocking and constructing new buildings. The sequel introduces mini-games in the form of blueprints that must be assembled before new buildings can be purchased.

Cradle of Rome 2 will feature two brand new modes as well: Tourney and Blitz. Blitz will apparently be a faster-paced variation of the standard gameplay, while Tourney mode will let players select a specific level to play and award them a trophy if they can complete it. Like the first game, Cradle of Rome 2 will give players the ability to publish the trophies they’ve earned online, and compare their results with friends. 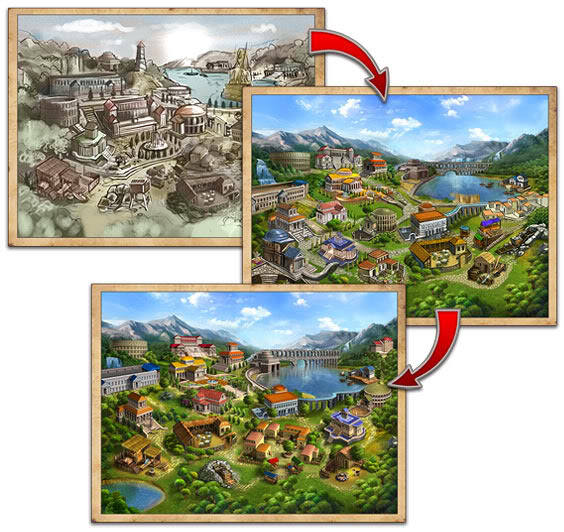 With later sketches, the design team began to incorporate the idea of the city having a "heart" – a town square and fountain in the center of town where all of the streets in the city converged. As players build more and more of the city, the "heart" will gradually reveal itself. 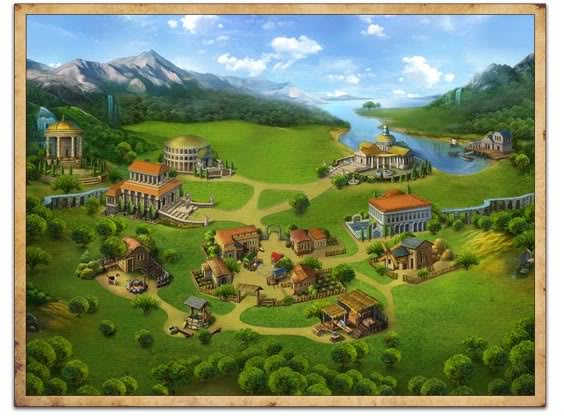 Cradle of Rome 2 is coming in spring, 2010 according to Awem. Stay tuned as we reveal more details. In the meantime, check out some screenshots and a teaser video, and chat about the game in out forum.