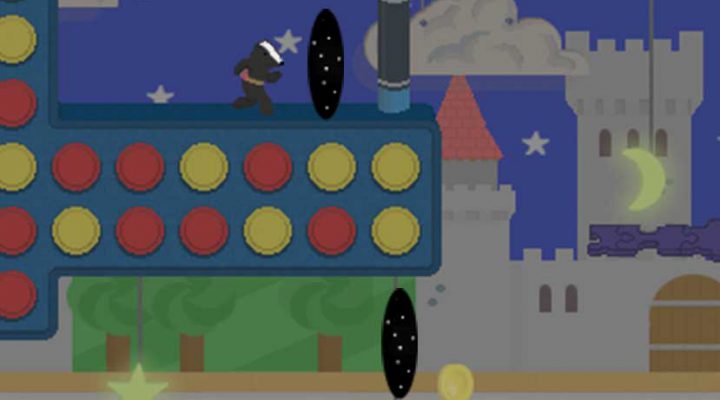 I always like it when a game borrows what is fun in one particular game and makes it function in an entirely different genre. Take Cosmic Badger, for example; it’s an auto-runner that takes the portal gun concept from Portal and crafts it into a completely different experience.

After two-years of development, independent developer James Reilly plans to launch Cosmic Badger on May 28th.  It will be his first mobile game. Cosmic Badger is all about an ambitious badger who is trying to save his home world from an impending meteor strike.

This badger has not only found himself a bomb strong enough to take out the meteor, but he is also in possession of a gun that allows him to create portals to pass through and avoid the obstacles that would otherwise impede his progress. As an auto-runner, hitting even just one of those obstacles means it’s game over.

With a simple swipe, players can generate a portal that allows the badger to enter in one location and exit from another. It looks easy, but looks are often deceiving with these sort of reflex-based games.

Cosmic Badger will feature 21 levels across 7 zones that increasingly challenge the player’s ability to plan ahead. Expect to see Cosmic Badger on both Android and iOS on May 28th for $0.99.