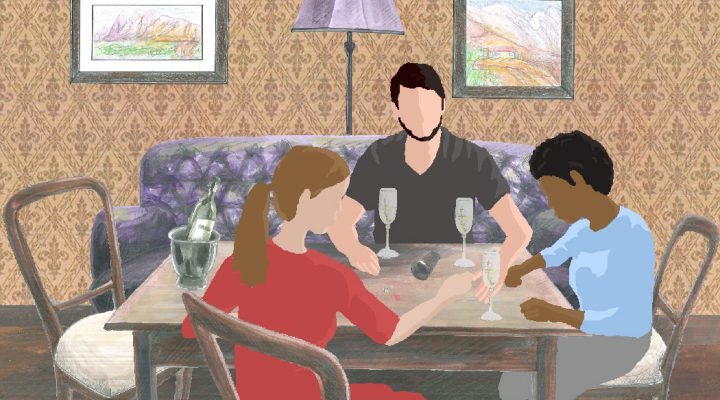 Tumbling Home is an upcoming game from developer Tristan Dahl, the creator of recent release One Show Only. In his debut title, Dahl asked players to solve a murder mystery by questioning suspects and witnesses through a card game. The cards and order they’re played in determined the answers you’d receive during your interrogations and the information you’d have at your disposal. Although Tumbling Home is built around a much more low-key backstory, it also experiments with dialogue in new ways to give players an interesting method of interacting with the in-game narrative. 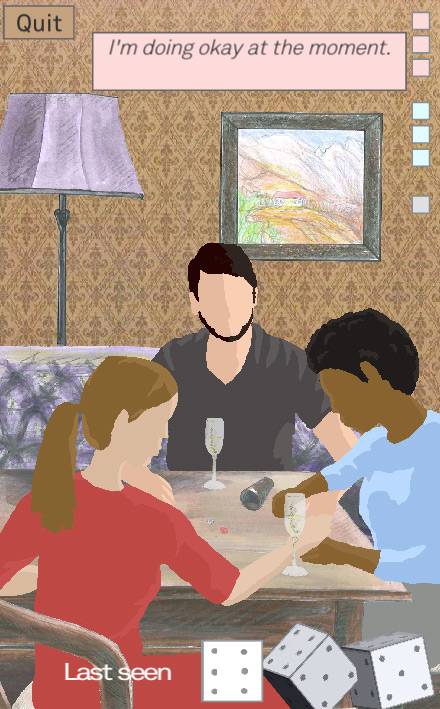 Players will spend Tumbling Home playing a game of dice against two old friends. While there is an actual dice game involved—it appears to be a variation on liar’s dice—the true experience is the threads of conversation you unravel as you chat during the game. Dahl has claimed Wes Anderson’s work as an inspiration for the conversation’s tone and that the experience should hopefully leave players with a “melancholy smile.”

During that experience you’ll discover what your friends have been up to and be able to push for more intimate secrets—if you’re lucky and good at convincing them to share. The hand-painted, at times literally blank-faced characters can be focused on, allowing you to read their facial expressions and gauge their pliability. As you all polish off a bottle of wine and let down your guard, more secrets will be available to learn, but the game also becomes harder to direct. 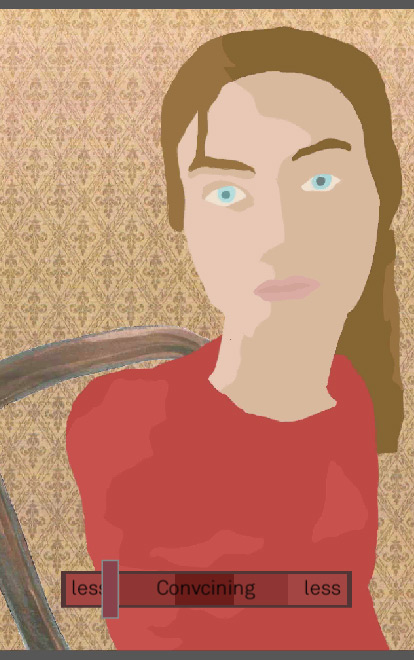 It’s a fascinating mix of persuasion and play, putting players in an intimate and comfortable setting while still requiring a delicate touch. As a work of interactive fiction, it’s micro-focused on one specific place and moment: sitting at this table, playing dice with two friends. We’re excited to lose ourselves in that moment when Tumbling Home launches on iOS and Android early next year.