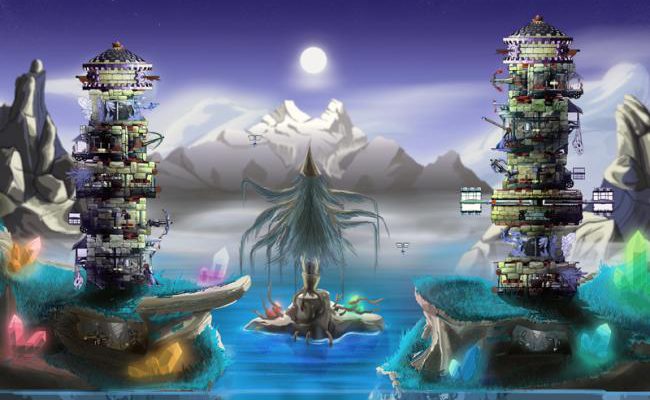 Cog-a-lot wants you to build a tower of power

Everyone who’s been doing any social or mobile gaming over the past few years knows that towers need to be defended. Quite often, actually. Occasionally, they also need to be attacked. But the gang at Scottish developer Criss Cross Games sees more in towers, making them the stars of Cog-a-lot, a blast of medieval siege weaponry and magic-infused science that is set to hit Facebook in the near future. 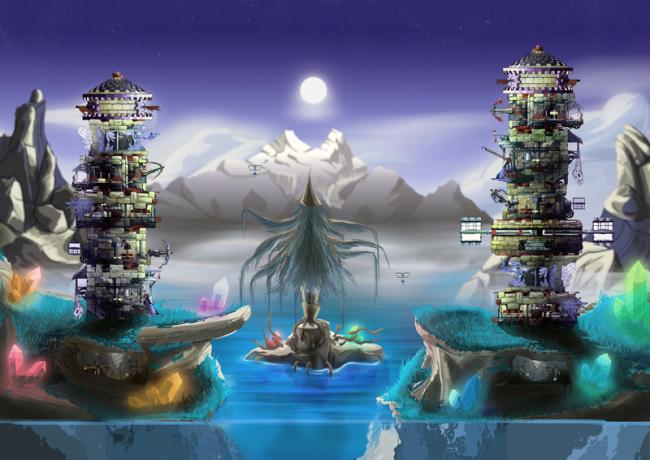 Some of the details are still being kept under wraps, but what we do know is already plenty intriguing. The gameplay will focus on one-on-one battles between players vying to succeed the deceased king of Cog-a-lot. To win, you’ll have to master mechanics that the creators say combine the resource management and base building of a real-time strategy game with the unique physics-based attacks of games like Worms or Angry Birds.

The concept art released so far has shown off weapons like catapults, ballistas and crystal disc launchers. These occupy different layers of the tower and can be interspersed with other layers that grant bonuses or reinforcement modules that can lock around and protect the weapons. Because the enemy tower isn’t going to sit back and just let you take control of all of the crystals out on the battlefield, especially when said crystals contain powerful science. The Cog-a-lot version of science anyway, which sounds like it may be a bit flashier than ours since it can fuel mysterious game-ending maneuvers. 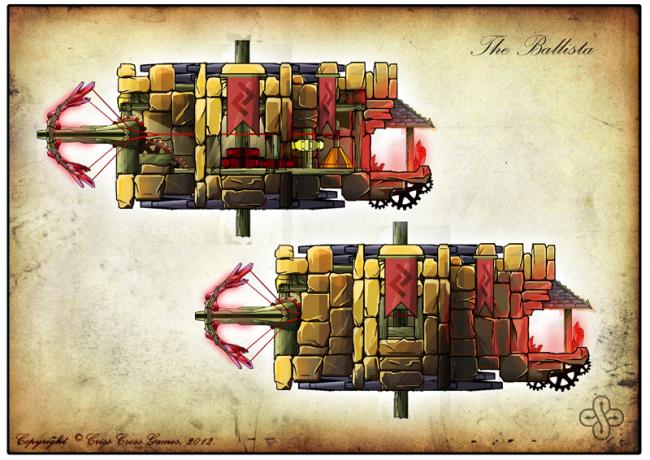 Every tower has a mine at its base to aid in the gathering of resources to fund expansions and upgrades. Boosting the mine leads to faster production of money. That, in turn, can help build up your tower faster and… well, I think you see where this is going. A keep and the land around it will allow more structures to be built, giving your towers even more capabilities.

The game’s look was inspired by the opening sequence of Game of Thrones, accounting for the large number of gears that appear to be driving all of the inner workings of the tower layers. Though the style of the initial structures is firmly in the Western European tradition, Criss Cross has designs on adding Chinese, Aztec and Viking towers to the mix down the road.

With testing already in the alpha phase and more details trickling out on a regular basis, it shouldn’t be too long before we all get to see towers get their rightful turn in the spotlight. For more info on Cog-a-lot, click the “Follow” button up top and keep yourself in the loop.