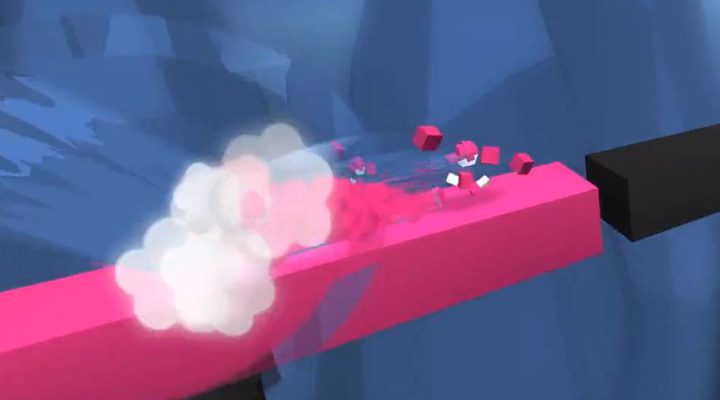 If you think you’ve mastered the art of speedy endless platformers, the next release from Noodlecake Games is going to make you think twice. Chameleon Run turns the dial up to 11 — and then it changes colors on you.

Old school console gamers with a fascination for niche experiences may have fond memories of a vertical shooter called Ikaruga. The twist? Players would have to switch colors to survive waves of enemies and fire the right ammo. Chameleon Run is a little like that, only the color switching this time is about making sure your hero is the same hue as the platform they’re about to land on.

The game’s levels offer three different objectives, giving you reason to go back and replay a familiar challenge in a new way — and for every objective you complete you’ll get a little burst of speed that keeps things moving even faster. Once you’ve unlocked the top speed, the game switches its focus into a time trial competition.

“High score junkies are going to go crazy for this aspect,” said Noodlecake’s Ryan Holowaty, “as internally we have already been in some heated competitions to set the best time on each level.”

Keep an eye out for Chameleon Run to hit the App Store and Google Play on April 7th.

Nintendo’s Miitomo Launches in the US Thursday