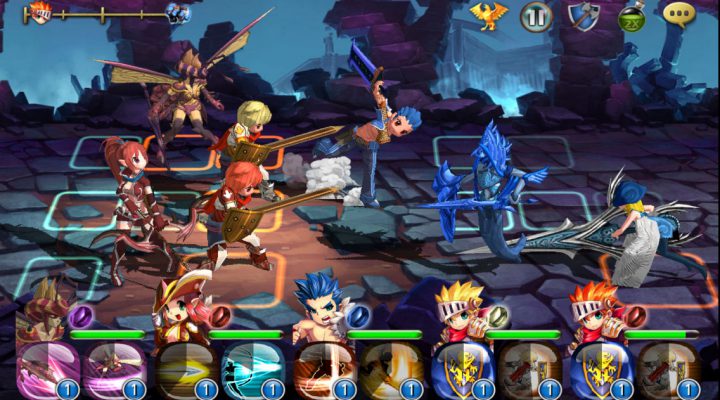 Celestia: Broken Sky is an upcoming mobile RPG from ZQGame. It takes place in a world that’s been shattered into thousands of pieces after an enormous cataclysm. Broken-up worlds aren’t conducive to peaceful societies that enjoy a good tea party, and sure enough, Celestia’s realms are crawling with monsters, dragons, and other species of bad news.

But that’s all the better for you, because it means there are lots of bad guys to fight – and fight you shall, thanks to Celestia’s deep combat system. You control a party that has command of several skills. Said skills can be charged up to five times, and much of the game’s challenge comes from deciding when to hold your power and when to unleash it on the horde.

Celestia: Broken Sky also features some very pretty-looking graphics for a mobile RPG, with the added bonus of tons of adorable characters to collect. Post-apocalyptic world or not, there is always room for cat-warriors that yowl as they launch attacks.