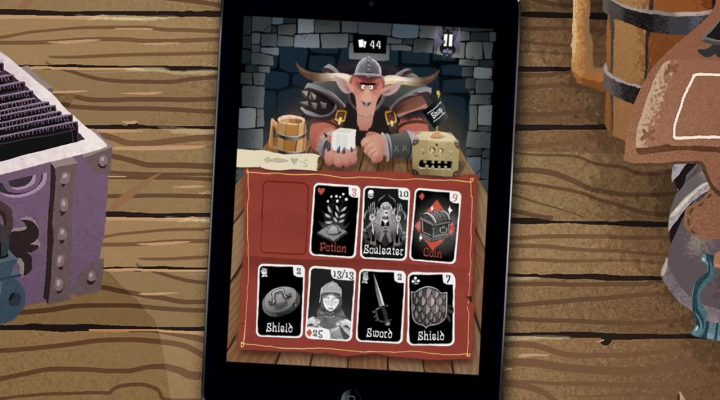 Taking a classic game and re-imagining it for modern audiences has proven to be a successful endeavor for mobile gamemakers. Just look at Crossy Road, it pulled in millions within its opening months, and is essentially an adaptation of Frogger for mobile-minded gamers.

Now, Tinytouchtales, an indie game studio based in Berlin, is about to launch their mobile game Card Crawl — and it’s inspired by the classic card game Solitaire.

In Card Crawl players are tasked with clearing dungeons (taking the form of 52 card decks) by utilizing a handful of cards which they have selected for their mini-deck. The mini-deck makes room for equipment and ability cards that the player can strategically use to defeat the monsters that come up in the dungeon, while ensuring they remain alive throughout the adventure. 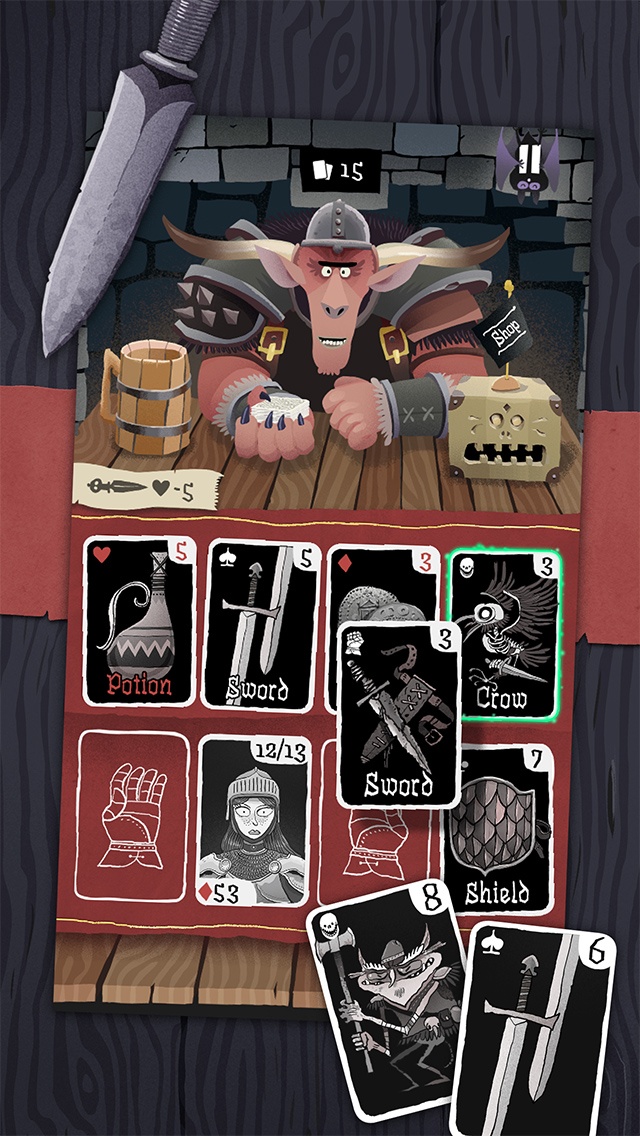 If you take a look at the screenshot, you’ll notice that there are two rows of cards in play. The bottom row represents the player, the two items they have equipped, and a third item slot that functions as a backpack slot for holding onto a card to use at a later point in time. The top row are the cards that the dungeon dealer (the tough looking minotaur) has dealt. Any item cards that were dealt can be picked up and used by the player, while any dealt monster cards will attack the player for a set amount of damage, unless dispatched first.

The dungeon dealer deals cards in sets of three, so when there are three empty slots in the top row, the minotaur fills them in. The objective is to get through the dealer’s 52 card deck without dying.

With GameCenter support, players will want to ensure that they not only complete the dungeons in better shape than their friends did, but also end up with the most gold by the end of the adventure. The collected gold is then used to purchase stronger cards that can help the player complete the dungeons with higher scores, further increasing the competitive elements of the game.

On the Card Crawl website, Tinytouchtales promises that each dungeon adventure will last just a few minutes, making it “a perfect ‘one more game’ experience while waiting in line or commuting.”

Look for Card Crawl when it releases for iOS on March 12th.

Tales From The Borderlands Episode 2 Arriving Next Week